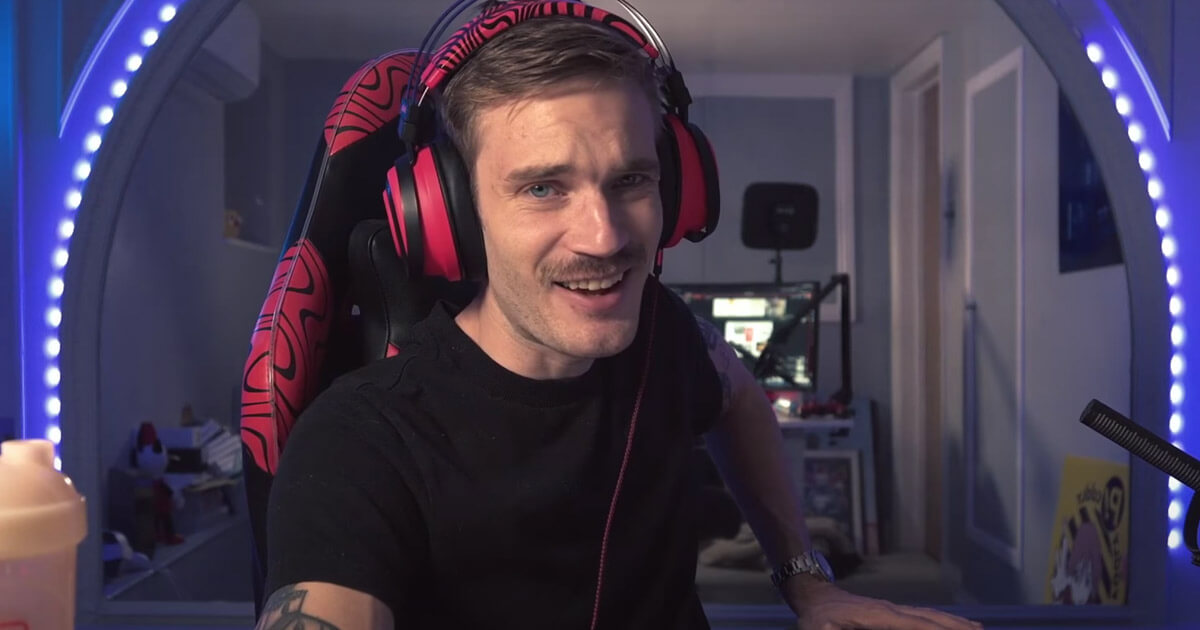 While he’s not an outspoken advocate for cryptocurrency, Felix Arvid Ulf Kjellberg, known online as “PewDiePie,” has been increasingly been getting involved in the space, often through sponsorships.

This much was made clear just recently when he briefly mentioned Ethereum in a YouTube video that has been watched nearly four million times as of this article’s writing.

Bitcoin, Ethereum, and cryptocurrencies as a whole continue to permeate into popular culture as this space continues to grow.

In a video published on Nov. 11 called “Things we all have done,” Kjellberg mentioned Ethereum, recognizing the cryptocurrency’s logo as part of a meme about second choices. He did not comment on Ethereum or cryptocurrency beyond recognizing its logo.

This isn’t the first time he has mentioned cryptocurrency in a video. Far from.

He often references BitConnect, the 2017-era scam that ended up stealing billions worth of Bitcoin. It doesn’t paint the industry in the best light, to be sure, though he does know the story.

Like with Ethereum, he recognizes Bitcoin’s logo when it shows up in memes as well.

With a following of 106 million on YouTube alone and millions more across his other social media platforms, it is no surprise that there are crypto companies looking to leverage his clout to spread the word about a cryptocurrency or blockchain platform.

It appears that there are at least three instances of PewDiePie getting sponsored by crypto companies.

The first was in 2018, when the ICO boom was still present. He took part in a promotional video for a cryptocurrency project, shilling something called SGamePro in a one-minute advertisement. In the spot, he quipped:

“[This is a] wonderful place where you can mine crypto-tokens by playing some of the world’s most popular mobile games. Play. Mine. Earn… Winners [of the games] get rewarded with highly-liquid ERC-20 tokens, which can be converted into other cryptos. “

The video has actually only been seen a few thousand times, seemingly lost to the annals of the internet.

The second was in 2019, as reported by CryptoSlate previously. DLive, a Twitch-like streaming platform, was acquired into the BitTorrent family through Tron and Justin Sun, and sponsored PewDiePie to celebrate:

To celebrate DLive joining BitTorrent Family, we’re giving away a PewDiePie Chair… But Felix, who’s BitTorrent? Well, BitTorrent is the biggest peer-to-peer, file-sharing network in the world, powered by Tron blockchain, which means they have over 100 million users.

He signed a one-year streaming deal with DLive, regularly bringing tens of thousands of users to the platform.

Most recently, just weeks ago, he began to promote a Pokemon Go-styled game called Wallem that supports Ethereum-based non-fungible tokens.