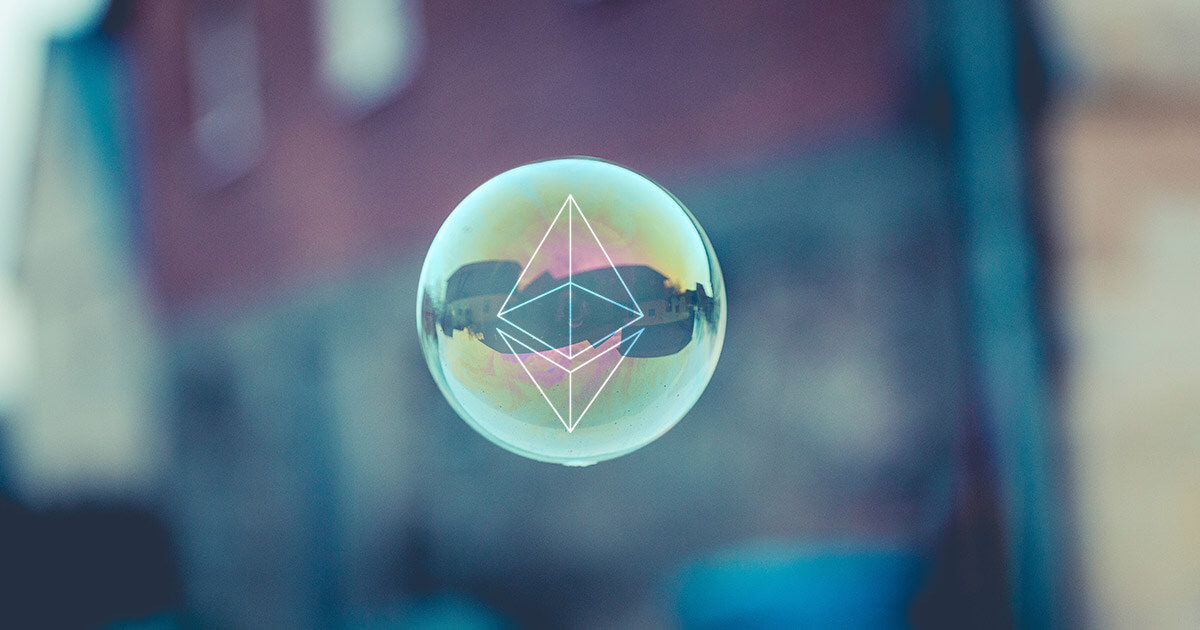 The decentralized finance (DeFi) market has been jeweled with equal parts optimism and suspicion. There have been both extremes: Some have made millions of dollars “farming” yields by locking up their crypto holdings while some have lost big amounts to DeFi scams.

But while space continues to develop and such teething problems can be expected from any rising innovation, a prominent analyst says the DeFi market shows all classic signs of a bubble — one that ends in tears.

Ryan Selkis, the founder of crypto data and analytics site Messari, said on a tweet thread that the DeFi space will end similar to how initial coin offerings (ICOs) did, eating up millions of dollars from gullible investors while rewarding the few.

The DeFi bubble will pop sooner than people expect.

We’re nearing the apex of ponzi economics, rug pulls, and “yield” hopping, and ETH fees are going to eat too heavily into non-whale profits.

“The DeFi bubble will pop sooner than people expect,” said Selkis. He added, “We’re nearing the apex of Ponzi economics, rug pulls, and ‘yield’ hopping and ETH fees are going to eat too heavily into non-whale profits.”

Even since DeFi project Compound launched in June, it led to a frenzy of new yield farms — with oft-funny sounding and their corresponding meme coins — that advertised returns of 1,000%, even 100,000%.

While there are legitimate projects like Yearn Finance, there have been many more scams, like Kimchi Finance, Soft Yearn, and others. Another project, SushiSwap, also almost hinged on being an exit scam when its anonymous founder, “Chef Nomi,” said he sold nearly $13 million worth of SUSHI tokens.

Anonymous founder of @SushiSwap sells all of his $SUSHI 🍣

“ICOs boomed for a while because everyone (laughably) thought there would be a coordinating utility token for every industry,” noted Selkis said in a follow-up tweet. He added:

“DeFi is just one big pool of capital sloshing around a small group of insiders and mercenaries who will soon run out of victims to fleece.”

Selkis referred to how ICOs — back in 2017 — similarly promised world-changing returns to investors and raised millions of dollars with just a website and a meaningless whitepaper (not even the latter in some cases).

That said, the Messari founder maintained he remains bullish on the underlying premise of how yield farms or DeFi projects could contribute in the broader economy:

“Fwiw [for what it’s worth], I LOVE this experimentation. Like ICOs, yield farming / incentivized liquidity provisioning is a novel innovation in capital formation. But I don’t recommend DeFi to most people because I don’t recommend high-stakes Vegas poker to fish.”

From an investment point of view, BTC pre-2013 and ETH pre-2015 were once-in-a-lifetime asymmetric bets. DeFi pre-2021 is once-in-a-decade IMO (until proven wrong). If you’ve missed the first two don’t miss the latter.

It’s all about the horse you pick to bet on.