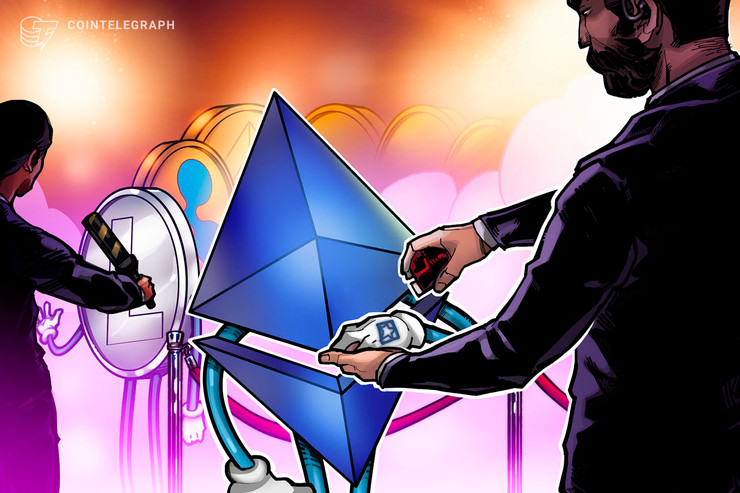 Are cryptocurrencies securities or commodities? The World Federation of Exchanges, or WFE, released a document talking cryptocurrency terminology and regulation last week. In conversation with Cointelegraph, WFE Head of Regulatory Affairs, Richard Metcalfe, has added further clarity on the subject.

“The WFE believes that, precisely because the market in crypto assets has evolved and expanded rapidly, existing regulation should apply wherever appropriate, in a universal and clearly understood manner and based on key principles,” Metcalfe told Cointelegraph in an email.

Cryptocurrency has seen increasing public attention since its inception roughly a decade ago. A debate still exists across a number of parties on whether various crypto assets are securities, commodities, or neither.

The Commodity Futures Trading Commission, or CFTC, classified Bitcoin (BTC) and Ethereum (ETH) as commodities, but the jury is still out on many other assets, including high market cap asset, XRP.

“With regard to crypto currencies specifically, some individuals may hold them as a form of speculative investment (just as others may hold wine, or art, or other assets that do not constitute financial instruments, including utility tokens),” Metcalfe said, adding:

“However, unless the currency provides holders with any of the rights usually associated with securities, then there is no need to treat them as such.”

Asset categories within crypto depend on several factors

The WFE released a 17-page report on March 20, laying out its response to the European Union’s crypto-related overwatch guidelines. The document discussed cryptocurrency terminology and the weight such verbiage carries in light of regulation, among other topics.

In his follow-up comments to Cointelegraph, Metcalfe mentioned cryptocurrencies in relation to the power, or lack of power, they hold. Owning a security, such as stock shares for example, can give the holder part company ownership, certain voting rights, and sometimes also pay dividends. This is not the case with many cryptocurrencies.

“Where any crypto asset does have the characteristics of a security (for example, rights and obligations akin to those offered by shares), it should be treated as such under existing regulations,” Metcalfe told Cointelegraph. “This is to ensure a level playing field, provide clarity and a technology neutral approach.”

“For the same level-playing-field reasons, where a crypto asset forms the underlying for derivatives, then that should not excuse participants from regulatory obligations associated with other derivatives.”

Crypto derivatives trading, such as Bitcoin futures trading, have also gained prominence over the last two years. As more of these products come into play, amid the U.S. SEC’s continued action against numerous ICOs, governing bodies may need to adapt to changing times and technology.

U.S. Just Officially Became the Epicenter of the Coronavirus Pandemic