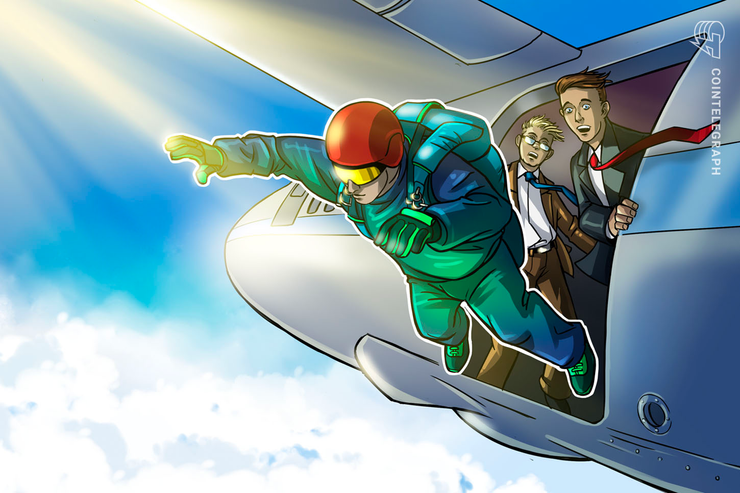 Web3 Foundation (W3F) director Ryan Zurrer has announced that he is stepping down from his role at the decentralized web-focused nonprofit to pursue his interest in investments and decentralized autonomous organizations (DAOs).

Zurrer expounded on his departure in a series of Twitter posts on Aug. 5. Zurrer explained that he will be gradually removing himself from the organization, partially in light of its current success. In June, W3F managed the token sale of blockchain interoperability protocol Polkadot (DOT). Zurrer said:

“With the success of the DOTs sale, the success of the @web3summit & the Foundation in a strong position organizationally, I will gradually step away at the end of this year and go back to what my primary passion is — deploying capital and helping early-stage teams build.”

“The dream of a sustainable decentralized organization that attracts and filters for great talent, supports genuine innovation and meaningful experimentation, and delivers outlier value to its members is really the most compelling project in my humble opinion.”

DAOs are a special type of organization that is autonomous and managed by smart contracts on a blockchain, not people.

The soon-to-be-former director additionally teased that he has some upcoming surprises to unveil alongside additional details on new DAO ideas at the upcoming Web3 Summit 2019.

According to his LinkedIn profile, Zurrer worked as principal and venture partner at blockchain firm Polychain Capital for two years, before switching to his position at the W3F for a similar amount of time.

DAOs on the rise

As previously reported by Cointelegraph, the law firm Gravel & Sheathe announced that it had helped the developer cooperative dOrg to create a DAO endowed with legal status. The firm moreover believes that this DAO is the first legal entity of its kind within the United States. This DAO reportedly runs on the Ethereum blockchain and is licensed in Vermont under the title “dOrg LLC.”

In June, cryptocurrency exchange Ethfinex, the sister exchange of Bitfinex, launched a DAO. The DAO will purportedly act as a test for how the exchange can decentralize its operations. The DAO was built by DAOstack and is known as efxDAO, with an initial funding budget of $5,000.

A Battle Between Bitcoin Wallets Has Big Implications for Privacy