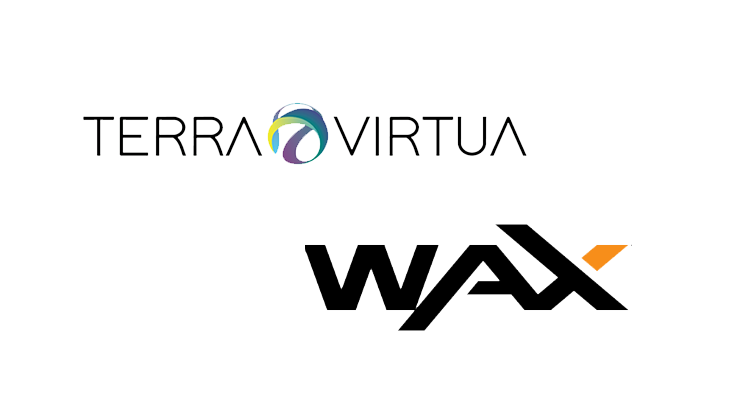 Worldwide Asset eXchange (WAX) and Terra Virtua, a fully immersive augmented reality and virtual reality (AR and VR) entertainment platform, today announced that customers can interact with the millions of digital collectibles trading on the WAX Blockchain in augmented reality.

The integration of WAX into Terra Virtua combines the strength of the WAX Blockchain and its suite of microservices that are built for developers with Terra Virtua’s platform to create a secure, streamlined and interactive social environment to view, buy, sell and trade virtual collectibles.

By integrating WAX, Terra Virtua is able to offer an instant and free way for users to bring their collection of virtual items into the real world. Terra Virtua and WAX make it interactive to own digital skins, art, sneakers, apparel, video game gear, and endless other collectibles.

Today AR enthusiasts can download the Terra Virtua app for Android devices on the Google Play store (iOS app will be available in the coming weeks), then login with their WAX account.

Terra Virtua reads their WAX inventory, and then users can select which of the WAX collectibles that they own to interact within the app. They can then share videos and photos of these blockchain-based items in their AR environment on social media.

VGO skins are the first type of collectibles that are built on WAX to be integrated with Terra Virtua, and many more types of WAX collectibles will be added soon. VGO, one of the largest decentralized apps in the world, is extremely popular among video gamers who buy, sell, trade, and collect skins.

Terra Virtua was founded by previous executives from Electronic Arts, Warner Bros, Microsoft, and PlayStation VR. Terra Virtua’s approach to collectibles is to engage users in new and unique ways.

Using gamification, they move from just collecting for the sake of completion, to engaging users through competing and creating new experiences.

WAX was built by the team behind OPSkins.com, the popular virtual item marketplace that has facilitated more than 150 million purchases of digital collectibles.

More categories of items trading on the WAX Blockchain such as vIRLs (a virtual item you can exchange for real-world merchandise like sneakers, apparel, video game gear, and more), WAX Stickers, WAX Digital art and more will also be integrated in the near future.

Additionally, the Terra Virtua VR app is coming, where users will be able to interact with their VGO skins and vIRLs in virtual reality…

Let’s say you own a vIRL like a pair of sneakers. With WAX and Terra Virtua, they do much more than your standard pair of footwear. Your avatar can wear them or display them as a collection in Terra Virtua’s virtual worlds, or you can trade them to anyone instantly with WAX ExpressTrade, or you redeem them for the physical sneakers.