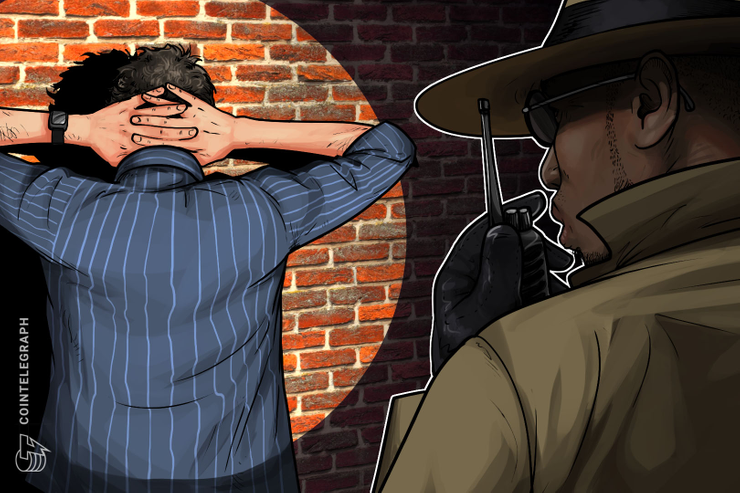 Federal authorities in the state of New York have unsealed fraud charges against the principal of a purported cryptocurrency escrow company Volantis in the amount of over $7 million.

According to an announcement by the Department of Justice (DoJ), the United States Attorney for the Southern District of New York and the Assistant Director-in-Charge of the New York Field Office of the Federal Bureau of Investigation (FBI) unsealed a filing with the allegations on July 25. The defendant, Volantis principal Jon Barry Thompson, was also arrested on the same day.

Thompson allegedly made false representations about Volantis’ purported Bitcoin transaction service in order to fraudulently secure over $7 million from two different companies. In the filing, the complainants say that Thompson offered a service for low-risk crypto settlements by acting as a mutual custodian for two transacting parties.

Defendant allegedly used firm as a front for theft

However, Manhattan U.S. Attorney Geoffrey S. Berman claims that Thompson used this service as a front to steal the “custodied” money:

“Jon Thompson induced investors to engage in cryptocurrency transactions through his company, Volantis Market Making, by touting a transaction structure that would eliminate any risk of loss during the purchase.  As his clients soon realized, however, Thompson’s representations were false, and these cryptocurrency investors ultimately lost all of the money they had entrusted with him because of his lies.”

“Using phrases and terminology that the victim companies didn’t understand, he allegedly preyed on their ignorance of the emerging cryptocurrency. Our job at the FBI is to investigate fraud and follow the money wherever it leads.”

The filing itself was signed on July 18, and contains the specifics of the fraud charges. According to the filing, the defendant is being charged with two counts of commodities fraud as well as two counts of wire fraud.

As previously reported by Cointelegraph, the DoJ indicted an individual on July 24 for failing to register himself or his company with the Secretary of the U.S. Treasury. The defendant, William Green, allegedly ran a fiat-to-Bitcoin (BTC) conversion service on “Destination Bitcoin” out of New Jersey without registering as a money transmission business.

Analysis: Ethereum is being bought by IBM, Microsoft, other Fortune 500 companies