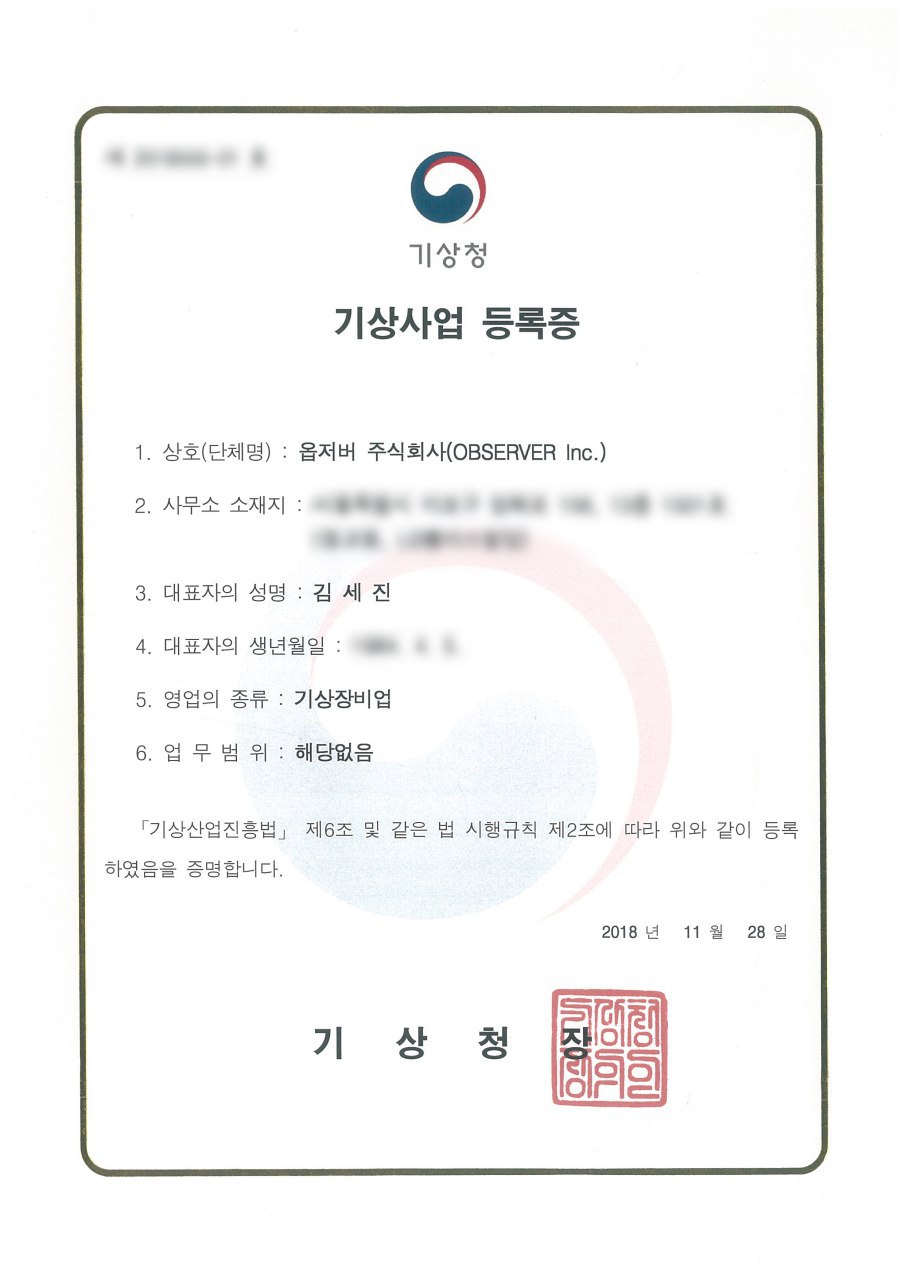 Observer Foundation Is The First Blockchain Based Weather Data Project To Receive A Certificate Of Official Weather Corporation By The Korean National Government.

LAS VEGAS, December 4, 2018 (Newswire.com) – Observer has become an official weather corporation as of Nov. 26, 2018. Observer has announced that Korea Meteorological Administration (KMA), the government’s weather/climate ministery issued the certificate of Official Weather Corporation to Observer by lawful regulations. This is the first case of a blockchain-based Korean company being authorized by national government.

Officially authorized weather corporations can join government-funded public projects, such as constructing weather station networks and can legitimately receive high-quality weather/climate data including fine satellite images and precipitation statistics from the Korea Meteorological Administration (KMA). All these benefits will enhance the quality of weather prediction, which is a territory that Observer aims to expand into.

After users send their data from their devices, Observer verifies the validity and reliability of the collected data on the blockchain through its own machine-learning algorithm which builds a big data pool that can be sold to various weather demanders such as public institutions, municipalities, finance markets, and navigation markets.

Current meteorological observatories require long-term and high-cost systems to perform meteorological observations, but Observer can promote voluntary participation to observe weather easily by using personal devices such as smartphones to save costs and to get more detailed observation quality. Observer network harnesses the potential of compensated data collection and it will dramatically improve the accuracy of weather forecasting at a micro-scale.

Observer launched its own main-net on Oct. 15, 2018, and completed the final swap on Nov. 15, 2018. Observer now has its own main-net, which enables much faster transmission rate and lower fee than Ethereum-based ERC20 tokens.

Currently, OBSR Coin is actively traded at four crypto exchanges globally and is continuing partnership negotiations with several other exchanges.

Art Basel 2018: Discover the Intersection of Art, Crypto, and Blockchain on Friday, Dec. 7, at the Fontainebleau for Crypto Pro Miami Art Week