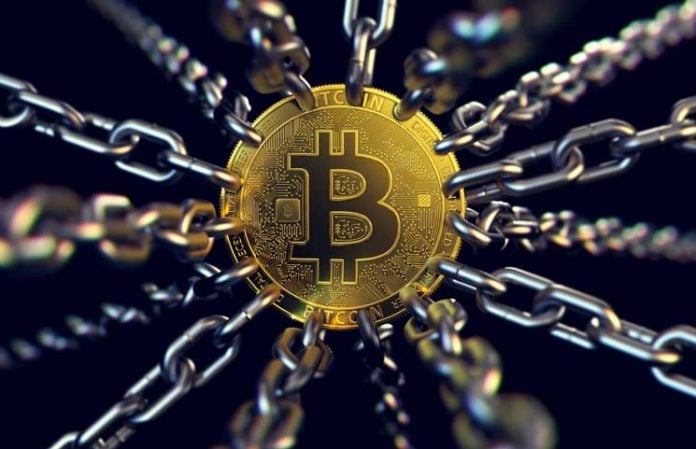 Over the span of the last few years, we have seen the continued rise, fall and rallying of Bitcoin. While a large number of people have an often good or tenuous understanding of its value, just how many of these people actually understand just how Bitcoin works? The crux of this article will seek to provide some insight as to how it works exactly.

One of the big things to learn about Bitcoin is the kind of explosive boom and bust cycle that it underwent by the end of 2017. Those unfamiliar should know that 2017 was the year of ICO and coin hypes, all of which culminated in a surging price point of $19,500 by December of the same year. For investors, this was fantastic news, but for the more skeptically minded, the actual utility relative to the value of Bitcoin was murky at best.

It was in India that the majority of policy makers and financial thinkers spent the year relatively dismissive or generally unconcerned with it. One of the politicians based within Mumbai, Kirit Somaiya summarized the news as it related to Bitcoin: “Today, bitcoin has come, tomorrow ‘chandi-coin’ will come, third day, ‘plastic-coin’ will come.” In the aftermath of these comments, it appeared to be relatively prophetic considering that its price would undergo bust and decline over 2018.

Bitcoin – Its Crisis of Confidence

In the aftermath of this drastic bust cycle, companies underwent the decision to lay off employees, undergo closure while entrepreneurs and major investors had to go off and lick their wounds for a time. One of the added pluses was the fact that scam artists, having seen the declining profitability of these coins would skulk off into the woodwork, while speculators and other investors would have to choose between moving on to major asset classes or submit to a crisis of confidence.

By the end of 2018, the price of Bitcoin had dramatically fallen to just under $3,300. It was over the final quarter that Bitcoin had managed to make a spirited rebound upwards. What is fortunate is the fact that Bitcoin has been able to continue upwards, nearly doubling as of this date by hitting $7,100. Meaning that in a few months, it has managed to appreciate upwards by over 300 percent.

There have been more than a good deal of critics of Bitcoin over the world. These range from the grand investing mind behind Berkshire Hathaway – Warren Buffett – who had previously dismissed Bitcoin as a kind of Ponzi scheme, to more recent thinkers like the economic thinker and Nobel Prize winner Joseph Stiglitz who made the argument that Cryptocurrencies should be outlawed and now the academic thinker – Bouriel Roubini who believes that Blockchain doesn’t offer some kind of innovation, and is more like a glorified database.

There are those that prize their position as an antipathic thinker or even just want to take on the stance of devils advocate to be pleasantly surprised. But the skepticism is very similar to the kind of antipathy expressed by investors during the dot com rise in the 1990s, making the argument that selling items on the internet was nothing but a pipe dream, especially when considering that the internet was being made possible through telephone modems.

It’s this investor based conservatism towards innovations and investment propects that can often come off as counter-intuitive or foolish, but these technologies were so new and often so fragile that it makes sense at the time why people would be so critical of these new investment prospects.

One of the first matters was an immediate and highly visible factor for investors – a broader hunt for financial yield. In the aftermath of the 2008 / 2009 financial crisis, major banks had struggled yet succeeded in providing enough US Dollars in financial liquidity in order to prevent any damaging increases to interest rates. It’s this influx of Billions of dollars that contributed to an inflation of valuations, specifically in assets as well as fixed income assets like government and corporate bonds, the former of which continues to perform under depressed returns on investments.

Institutional investors, which include massive banks based out of Japan, asset management companies among others service demographics within society. And all of these are on the lookout for brand new investments to inject their capital into.

A Question of Assets – Safe as Houses

This is a continuous and historical issue for many. And while we may be looking at those assets which can provide a certain degree of safety, they are very few and dwindling in number. When we use the term ‘Safe assets’, we refer to the kinds that you can easily invest in with a better sense of reliability that they can be expected to perform well without any or many external factors conspiring to depreciate their value.

It is these kinds of financial savings that are generally sought out in both domestic and foreign lines, as investors hunt out any kind of safe financial assets; but wherever there is a lack of these in institutions, deeper and big markets and legal regimes, there is very little that countries can actually provide for investors looking for safe assets.

This continued and protracted search for store of value that can be safely held by their investors, allowing users to have something within their portfolio which can be held away from any arbitrary policies of regulatory agencies and governments which may place these assets at risk of deflation, capital loss and demonetization.

One of the other factors is where the structure and mechanics of Bitcoin proves to be highly effective – in that it places a long term cap on the issuance of Bitcoin – which has been fixed at 21 million. One thing that we do have to consider is the fact that, while there is a finite amount of these digital assets, a good number of these Bitcoin have been lost and unfortunately locked away behind forgotten passwords, lost private keys along with an unknown amount simply lost through human error.

Bitcoin is something of a strong asset when we compare it to other assets in the more conventional investment world. The latter of which provide diminished or deflated returns when we compare it to the kind of opportunities available through crypto investments, with its increased demand, especially where investors are looking for safe assets and functioning as a deflationary supply.

It is because of these qualities that Bitcoin has incurred the increased interest from major financial institutions as well as blue chip financial companies like Fidelity. Fidelity, which is currently known for its management of trillions of dollars in retirement assets and capital from millions of Americans alone, it will be making its own foray into the crypto market along with custodial storage.

We are standing at the cliff face of many things, one of them is a boom in the values of assets, and it’s one of the kinds of booms that we have never seen from any century before this. Even when we look at trading commodities like precious metals, even oil, crude and gas, they have not undergone the same kind of maturing.

The only thing that is needed to allow Bitcoin to surge beyond any other kind of assets is institutional investment capital, which is something that is already taking place, it’s just at a slower pace for now.