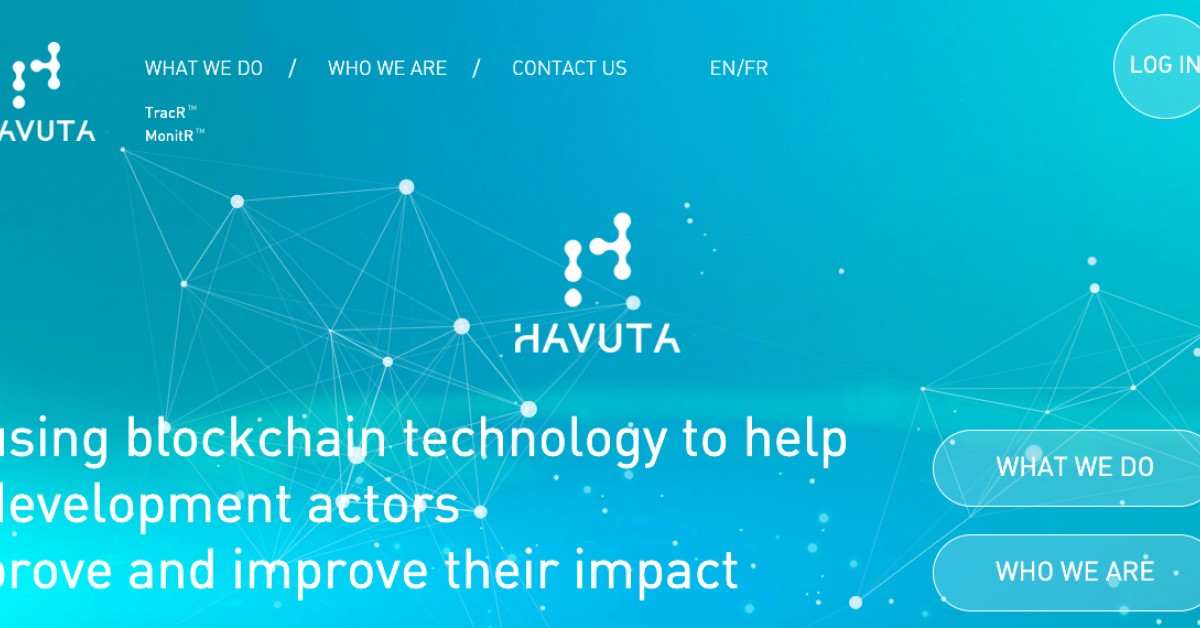 LONDON, October 2, 2019 (Newswire.com) – ​​​Most Non-Governmental Organizations (commonly known as NGOs) collect data while delivering aid, but struggle to collect and track post-program impact data because it is not logistically or financially feasible to do so. Once a program has ended, workers go home, and beneficiaries move on with their lives. Sending workers to collect post program data would be expensive and often pointless; finding past beneficiaries for long term data collection is difficult, if not impossible.

The team behind Swiss startup Havuta believes they have a solution. Their two mobile based apps, TracR and MonitR, aim to make keeping in touch with past participants quick, easy, and affordable.

In an interview with Telos Podcast host Happy Money Man, Havuta founder, Paul de Havilland said, “It’s really about allowing NGOs to prove to themselves and to their donors that the impact they are having is long-term and lasting.”

TracR will allow NGOs to onboard their beneficiaries at the beginning or conclusion of a program and use Havuta’s push notification capabilities to survey their former beneficiaries.​ The application will leverage the Telos blockchain’s ability to create custom tokens to reward participants that take the time to follow up with their NGO advocate once their participation in the organization’s program has ended. This financial incentive greatly increases the likelihood of participation, especially since many NGOs work with people facing varying degrees of financial need.

Havuta’s second product, MonitR, is an instant feedback service created to assess field situations. Using this tool, workers can update their status on a daily basis, giving health organizations the ability to deploy resources efficiently. The data will live on in an immutable fashion, allowing donors to review the information without fear of data tampering or misrepresentation of data.

“This application is going to change how international aid is delivered by putting it in places with the best measurable outcomes. While that seems like a simple idea to most businesses, it has been challenging to achieve in the NGO world. Havuta can change that and people will be better off as a result,” says Douglas Horn, Telos infrastructure partner.

Havuta’s decision to deploy on the Telos network was one that made sense after evaluating several blockchain networks.

“The choice for Telos came down to cost advantages and, having followed the Telos story as a journalist, I liked the ethos of Telos and what they stood for. It was important we got Havuta on a responsible platform with a positive and progressive brand and good governance,” tweeted Havilland.

Havuta joins a growing list of blockchain applications with social good initiatives coming to Telos. Other projects deploying include SEEDS, a currency that aims to incentivize a regenerative society, and EDNA, a DNA sequencing platform that gives users the rights to their DNA.