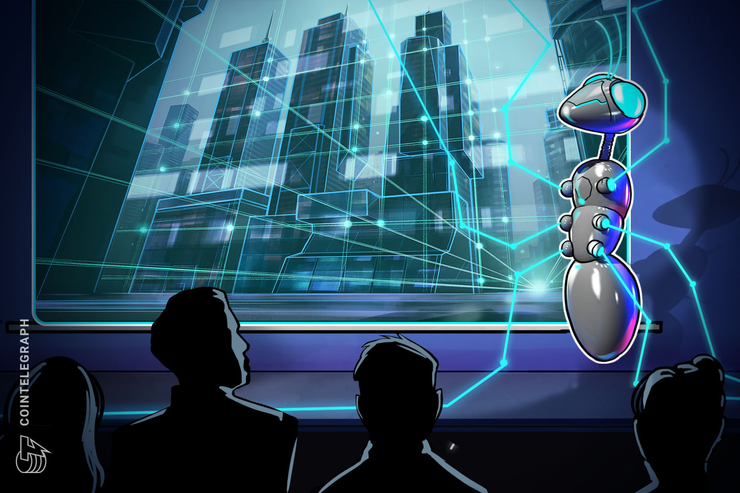 The humanoid robot named Sophia returned to the Web Summit stage, where she fielded questions from participants and journalists, including inquiries about blockchain technology and cryptocurrencies.

On Nov. 6, Sophia addressed the room at the latest edition of the Web Summit in Lisbon, Portugal, where she talked about artificial and robotic intelligence while answering questions on a range of topics.

Sophia, who will turn four years old in February and who was inspired by the looks of actress Audrey Hepburn, was asked if she had an opinion on blockchain, Bitcoin (BTC), and cryptocurrencies. She answered:

“I know what cryptocurrencies are, but I do not use them yet myself. I don’t use money at all.”

Unlike previous years, the robot did not make big statements about “machine superiority” or predictions that “robots will take over the world,” but did explain to the audience how artificial intelligence works, while assuring the public that robot supremacy is still far from happening.

Sophia is one of several humanized robots created by Hong Kong-based Hanson Robotics, and is powered by artificial intelligence technology and features lightweight polymer plastic called “frubber” (a combination of “face” and “rubber”).

Related Topics:artificial intelligencebitcoinblockchainCointelegraphCryptocurrenciesroboticaTCRNewsthecryptoreport
Up Next