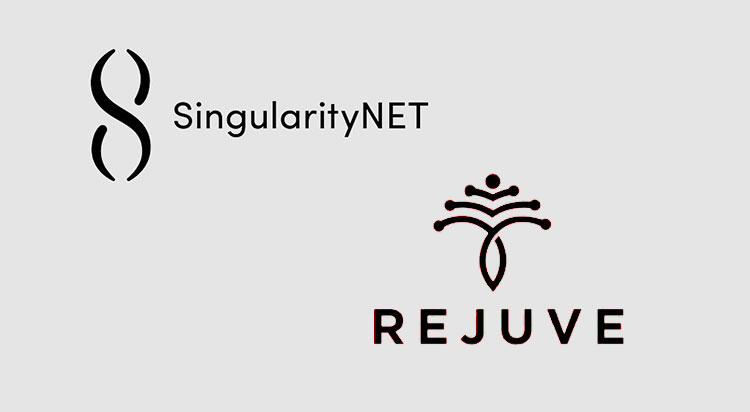 SingularityNET. a full-stack AI solution powered by a decentralized protocol, today has announced it is spinning off a separate organization, Rejuve.io, aimed at applying SingularityNET AI technology to understand the causes of aging and create new longevity therapeutics.

In collaboration with bioinformatics firm Mozi AI Health and others, SingularityNET has previously explored the application of its AI tools to the biology of longevity. CEO Dr. Ben Goertzel and bioinformaticist Michael Duncan have recently announced new findings regarding the unusual genetic features of supercentenarians (people age > 105).

Rejuve uses a cryptographic token, the RJV token, to create a novel ecosystem including individuals who want to improve their health and extend their life, AIs and AI researchers, biological and medical researchers, and clinics.

Individual Rejuve members will receive RJV tokens for contributing their biomedical and lifestyle data, and these tokens will then be redeemable for free or discounted longevity therapies, including therapies discovered based on data contributed by members.

SingularityNET AI tools will be used to analyze data contributed by Rejuve members, with conversion between SingularityNET’s AGI token and the RJV token occurring behind the scenes – an example of the economic mechanisms made possible via cryptographic utility tokens defined with smart contracts.

“Rejuve is being spun out of SingularityNET because, if we really want to use AI to solve aging, applying AI to publicly available datasets is not enough, and partnering with companies and hospitals willing to share their proprietary datasets is not enough. Waiting for biologists and doctors to independently design therapies based on what our AI discovers is too slow. We need to attack the data, therapy discovery, therapy delivery problems all in one network. This is not just another crypto project, or just another technology project. This is a project that can save your life. I don’t want to die. Do you want to die? I don’t want to get old either — I want a gene therapy, or a stem cell therapy, or whatever it is, that will roll back my age from 52 to 22. This is entirely within the reach of science. If you don’t want to die, if you’d rather remain young and healthy indefinitely, you should be putting some of your energy into projects like Rejuve that are leveraging the best tools humanity has to offer, like SingularityNET’s, toward the difficult but totally realistic goal of the scientific conquest of death.”
– SingularityNET CEO, Dr. Ben Goertzel

Dr. Goertzel first introduced Rejuve at the Raadfest longevity forum in Las Vegas back on October 4th. Rejuve CEO David Lake publicly announced the project to a wider audience at the Gitex Future Stars conference in Dubai today during the ‘Future of Being’ track.

As its first concrete product, Rejuve is launching the Rejuve Smart Fasting app, a smartphone app intended to guide individuals exploring intermittent fasting or other forms of medically approved fasting for health and longevity.

The data users put into the app is leveraged to provide users with intelligent guidance during their fasting process, and also goes into Rejuve’s database for ongoing analytics, potentially fueling new discoveries. The initial version of the app has been submitted to the Android and iPhone app stores and is expected to be available this week.

“The data gathered from users of the Rejuve Smart Fasting app will help our SingularityNET AI to learn new patterns about what kinds of fasts work best for what people, but it also goes beyond that. Some of the fasters using the app will upload genomic data and other medical data into the platform. Some of them will be trying other supplements or medications. Putting the data we gather from the Smart Fasting app and the other tools we’ll launch together with all the biomedical data we find online, we should have enough to power our AI to some really valuable discoveries.”
– Rejuve CEO, David Lake