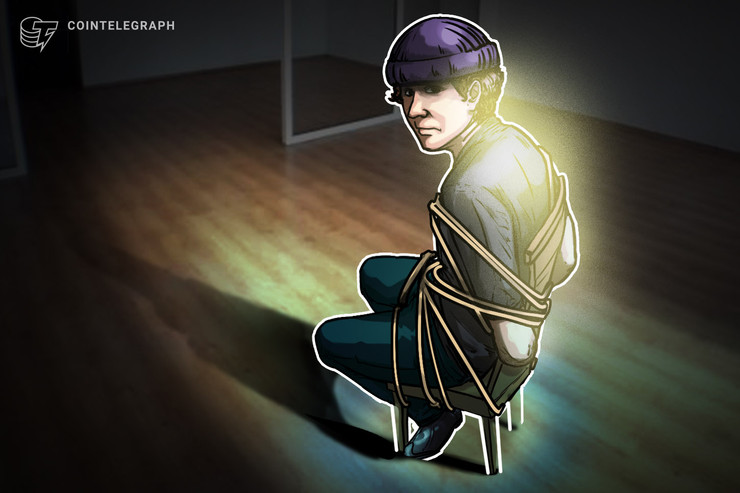 Singaporean Mark Cheng was recently kidnapped in Thailand and tortured for a $740,000 ransom in Bitcoin (BTC), the South China Morning Post and others report on Jan. 14.

After transferring all his available funds of $46,000, he allegedly made a daring escape as his captors prepared to murder him.

Cheng was on a business trip to Thailand with associate Kim Lee Yao Wei when a group of masked men grabbed them and put them in a nearby truck, Cheng told Singapore Chinese publication Lianhe Wanbao.

Cheng also implicated Thai actor Chano Pemberger as the owner of the pickup truck where he was transported. Thai police have reportedly identified the actor as a person of interest pending further investigation.

The captors have allegedly tortured Cheng and requested a ransom of 1 million Singapore dollars ($740,000) in Bitcoin (BTC). The businessman was only able to provide the equivalent of just over $46,000 to the captors, who then seemingly decided to execute him. Cheng was able to escape his alleged fate, recounting to Wanbao:

”One of them held the gun against the back of my head while the others stepped away. Fortunately, I know martial arts. I reached behind my head and grabbed the pistol, and then I fled.”

Thai police later identified his associate Kim as the mastermind of the kidnapping and charged him with multiple felonies, to which he confessed. The money appears to have been since returned, according to some sources.

Mark Cheng appears to have begun his business career with Avelife, a non-profit socio-environmental organization. In 2016, he received a Queen’s Young Leaders Award from Queen Elizabeth II for his work.

Since then, he took an interest in the world of cryptocurrencies, appearing in 2018 as an advisor to X Infinity, a Singaporean initial coin offering project that has shown no signs of life since April 2019. A meetup related to the project describes him as a partner at Gladiolus Capital and advisor to Start-Up Brunei.

Multiple sources including Wanbao and The New Paper report that Cheng was being prosecuted for misappropriating funds from an investment group he was working at in 2014. He was released on bail for a reported amount of 120,000 Singapore dollars ($89,000) on Jan. 8, arriving in Thailand the next morning.

Court documents partially revealed to Cointelegraph seem to confirm this. Cheng is accused to have knowingly worked in an investment fund lacking the appropriate licenses, Zabel Global Investments Ltd., and allegedly embezzling the equivalent of over $220,000.

This is not the first time that businessmen involved with crypto have been targeted by kidnappers. In 2017, a Bitcoin trader was kidnapped in India by another BTC investor. In the same year, the director of cryptocurrency exchange EXMO was kidnapped in Ukraine, with the captors reportedly extracting a $1 million ransom.

Does the Bitcoin SV Genesis upgrade support the narrative that Craig Wright is Satoshi?