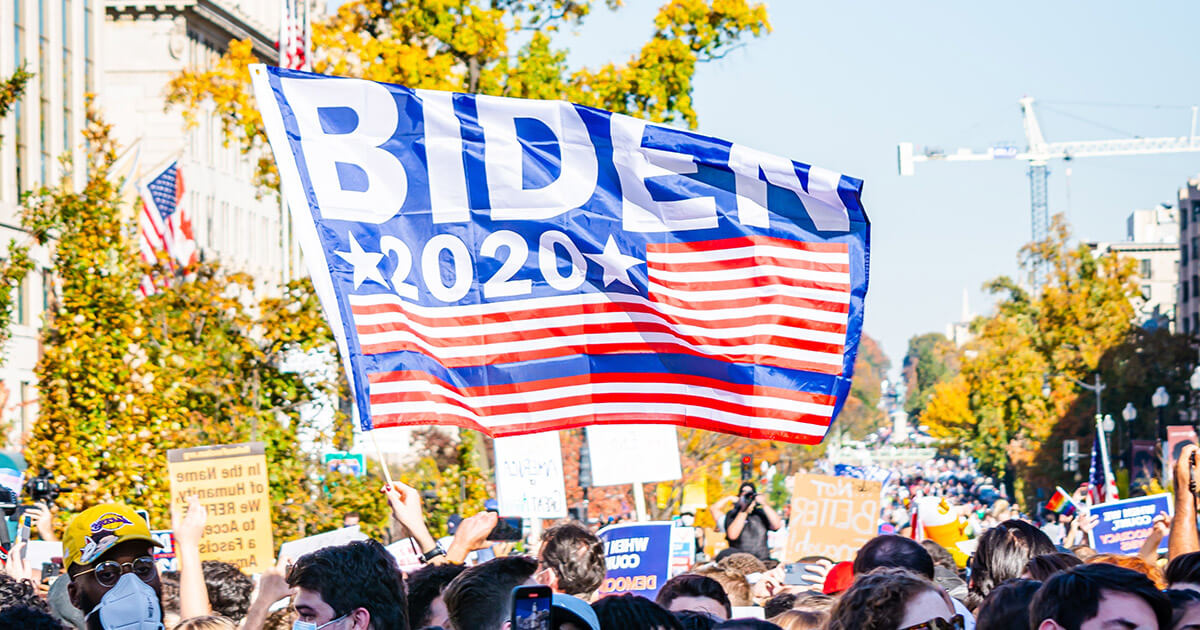 Ripple CEO Brad Garlinghouse took a dig at companies buying Bitcoin last week as the climatic effects of proof-of-work cryptocurrencies, like BTC, may be met with stern regulations if Democrat Joe Biden is elected as the US president.

At press time, Biden has 290 electoral votes in the US against Republican Donald Trump’s 214 — putting him on track for a win when the final results are counted and confirmed later this week.

But Biden’s election would bring a new agenda on various issues than Trump, starting with the global battle against climate change (and possibly even for cryptocurrencies). The 77-year-old has earlier vouched to take steps against the effects that large corporations create on the climate — with political observers stating relevant regulations could be on the cards for top tech players.

Crypto entrepreneurs have taken notice of this fact, with Garlinghouse suggesting in a tweet last week that Biden’s stricter rules on climate change would mean a tougher operational environment for PoW cryptocurrencies like Bitcoin.

#6 – Biden to require public companies to disclose climate change-related activities and GHG emissions in their operations.

Garlinghouse referred to US fintech app Square’s recent $50 million purchase of Bitcoin, which the firm considers a “more ubiquitous currency in the future” as per statements. Its purchase, however, is dwarfed by software enterprise player MicroStrategy, whose $425 million bet on Bitcoin could see a backlash in a more climate responsible corporate world.

XRP, the cryptocurrency issued by Ripple, works on an iterative consensus ledger that does not involve mining operations. This is environmentally better (and even for creating a faster network), which may mean cryptocurrencies such as itself would not be affected in terms of climate impact (although several other legal issues still remain).

Ripple, to that end, even released a “The Environmental Impact” report back in July to discuss why its consensus design was better than mining-based cryptocurrencies and how environmental sustainability was a core benefit of using XRP.

So would the climatic impact of companies investing in Bitcoin happens to spur greater regulation for cryptocurrencies in the US? Your guess is as good as mine.

For now, however, Ripple’s got other regulatory issues to deal with.

Exchange Tokens Are Skyrocketing as They Act More Like Equity; That Could be a Problem