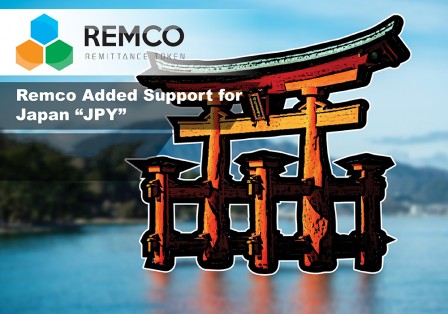 LAUREL, Md., April 24, 2019 (Newswire.com) – A new platform launched by the software company REMCO, Inc. offers an entirely new and different approach to sending money that improves the process for all.

REMCO is a tokenized rapid money transfer platform for which allows licensed money transmitters to mint programmable tokens. The tokens move value and leverage a distributed ledger at scale and in real time while offering compensation to all transaction stakeholders.

This new approach has a number of advantages over traditional methods that predominate in the industry. Remittance Tokens offer much more flexibility to senders by allowing funds to be easily split among multiple recipients. They eliminate the data mismatch problems that cause aggravation and expense along the chain. They do not hold a credit card or bank account data that might be hacked.  And REMCO Remittance Tokens use a private blockchain to record token details and on which transactions self-verify.

VTNGLOBAL, INC., (Sister Company) provides mobile and web e-commerce solutions in the emerging markets and globally. Remittance-related blockchain projects face significant market entry barriers due to multi-jurisdictional regulations, and this is not a hurdle for the REMCO platform, which benefits from VTNGLOBAL’s established position in the market and exposure to millions of subscribers with global reach from Day One.

The company has a powerhouse leadership team of executives, investors and advisors with complementary backgrounds whose credentials range from former United States Assistance Secretary of the US Airforce, experiences with PayPal, the US Federal Reserve Bank, Adobe, Harvard PhDs, King’s College Alumnus, Wharton MBAs, AML experts, and a former state bank examiner.

“There is a consensus that global remittances can be more efficient with blockchain technology and a successful tech-build using blockchain requires not just blockchain expertise, but the kind of superior understanding of the existing money transmission model and how blockchain can be used to improve on the processes that REMCO has,” said Peter Ojo, CEO & CTO. “By tokenizing currency, companies can take advantages of blockchain technology that works today. REMCO’s blockchain solution tokenizes, secures and distributes digital assets, such as stored value gift cards, effortlessly.”

The new REMCO platform is available to any licensed entity seeking the advantages of its re-engineered processes. Tokenization has the potential to disrupt the $613 billion remittance market and $1.5 trillion global gift card market and has been demonstrated to have the capability to bring about greater efficiency and transparency.