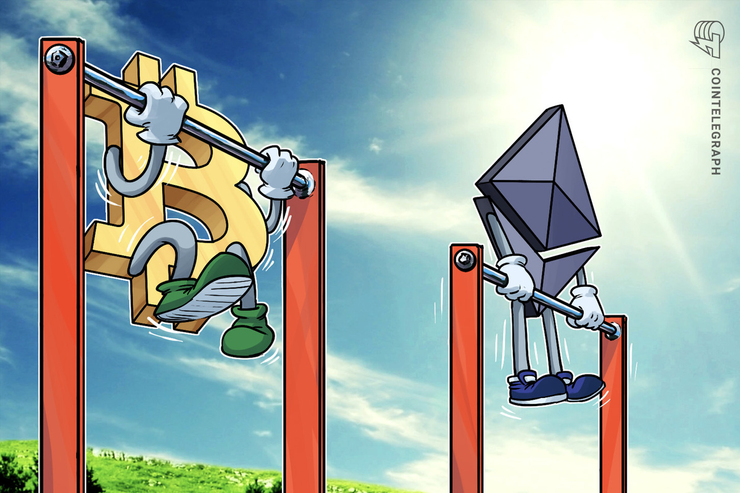 After the proof-of-stake (PoS) consensus algorithm will be implemented in Ethereum’s (ETH) blockchain, it would become more secure and costly to attack than Bitcoin (BTC), co-founder Vitalik Buterin has stated.

Buterin has voiced this opinion during Devcon 5, the Ethereum developers conference that took place in Osaka on Oct. 8–11. He specifically noted that — after the transition to PoS — higher cost of a potential attack would make Ethereum the safer network of the two.

Some men just want to watch the blockchain burn

Buterin started his presentation by talking about Bitcoin and paying homage to its pseudonymous creator Satoshi Nakamoto, noting that he created crypto economics to motivate people to maintain the network.

The way the system was designed ensured that attackers would need to spend a great amount of money to successfully compromise the blockchain. Still, Buterin claimed that there was a problem with this architecture, explaining:

“What about attackers who have a really large, extra protocol incentive, or just want to watch the world burn? Could be a government. Or hackers that want to have some fun. The critique here says we’re assuming we have these participants motivated by economic incentives. What if there are people who just want to break the thing regardless?”

With Ethereum’s PoS implementation, users would lock their Ether in smart contracts to be allowed to validate new blocks, instead of investing great amounts of computing power — and electricity — as they do in PoW systems. If stakers (users who lock their coins) misbehave, their stake (the coins they locked) is slashed.

The more Ether staked, the higher are the probabilities that they would end up validating a block. Just like the more hashrate (computing power) a miner has, the higher the likelihood that he mines a block. In the PoS system envisioned by Buterin, there’s a period of time after a validator creates a new block, during which this block can be challenged and potentially proven to contain illegitimate data.

If sufficient proof is provided, the stake of the dishonest validator is slashed and the challenger is compensated. Buterin explained:

“The challenger can submit a transaction that points to [the block in question]. That calculation runs on the blockchain. The blockchain’s like, ‘wait the actual answer is 256 and this guy submitted 250 so this guy’s wrong.’ The original guy’s deposit is destroyed and part is given to the challenger.”

According to Buterin, a successful attack on the network will need multiple malicious blocks to be validated, which in turn would require an enormous Ether stake that could be slashed if someone were to successfully challenge the transaction. This makes a potential attack more expensive to carry out and is an improvement over PoW, stated Buterin.

How Blockchain Technology Use Cases are Positively Impacting Legal Firms