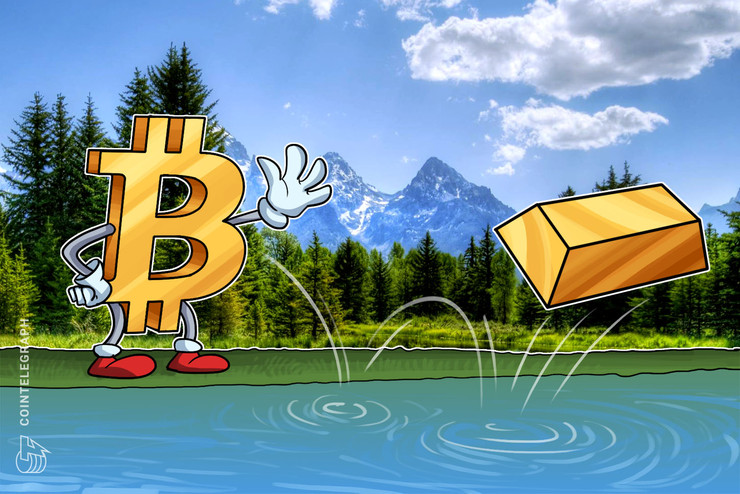 Bitcoin (BTC) rising above $8,500 appears to have left gold proponent Peter Schiff with egg on his face after he predicted its imminent downfall to $1,000.

Data from Cointelegraph Markets and precious metals monitor Kitco showed that while Bitcoin has gained 7.5% over the past week, gold has conversely slipped 4%.

The trend is all the more conspicuous to cryptocurrency supporters, coming at a time when geopolitical upheaval centered on Iran seemed to buoy Bitcoin price performance.

While not everyone agrees, a commonly-held theory suggests that both Bitcoin and gold benefit from such political instability. Their correlation, as Cointelegraph previously noted, now looks much less convincing.

“For a time being, it appears, on the daily candle chart, that a retracement down should occur due to the metal being overbought,” Kitco quoted analysts at Swiss-based trader Dukascopy as saying on Monday.

They added that XAU/USD could drop further to support at $1,500 in the short term.

The underwhelming progress for gold piles added pressure on those who privilege the precious metal over Bitcoin.

Schiff, a well-known crypto detractor, said in November that BTC/USD was exhibiting a so-called “head-and-shoulders” price pattern and would soon drop to just $1,000, its lowest since early 2017.

“The right shoulder is now shrugged and the neckline slanted and parallel to the shoulders. If it breaks the price objective for the dump is $1,000 to complete the pattern,” he claimed on Nov. 21 when the pair traded at around $7,800.

Not only has the omen not come true, but it is Bitcoin which has already firmly beaten gold as an investment opportunity just two weeks into the new year. Just days before 2020 began, Schiff had complained that Bitcoin was the only asset not rallying.