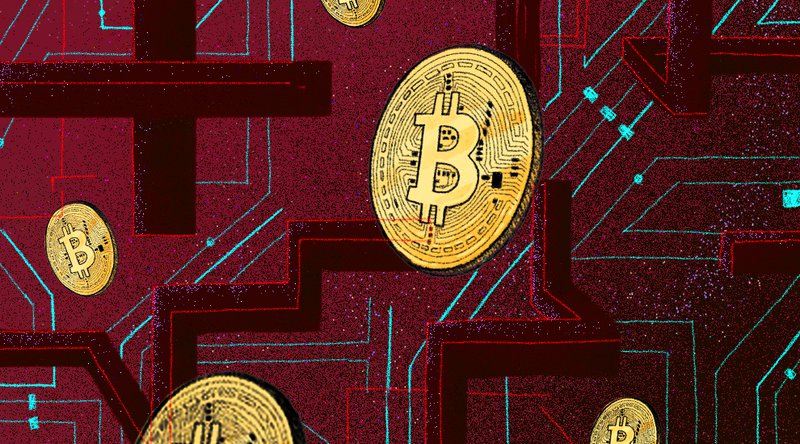 Bitcoin has the potential to revolutionize the African continent. Through Bitcoin, millions of unbanked Africans will have access to financial services.

These and many more such statements exist across the internet. All these statements are true. But, despite all the benefits that Bitcoin is expected to bring to African countries, adoption levels in Africa continue to be the lowest globally.

Which begs the question, “If Bitcoin is to help Africa catch up with the rest of the world, what is preventing Africans from adopting the cryptocurrency?”

Why Is Africa Lagging in Bitcoin Adoption?

Africans are interested in bitcoin and other cryptocurrencies. Nigerians account for the highest number of searches for the keyword “Bitcoin.” However, this peak in interest does not appear to be translating to increased adoption rates.

In countries such as Zimbabwe, the government introduced strict regulations against cryptocurrencies, which resulted in Golix — the country’s only crypto exchange — shutting down its bitcoin ATMs.

In countries where crypto regulation is still absent, citizens are exposed to a multitude of scams, which makes them wary of bitcoin. In Uganda, for example, bitcoin scams have been on the rise, which has resulted in legislators calling for regulation of crypto assets.

Bitcoin is still a foreign concept to many Africans. This lack of awareness is another factor contributing to the low rates of bitcoin adoption in Africa. A very small percentage of Africans has heard of bitcoin. A majority of these are young tech enthusiasts, freelancers and traders.

Putting bitcoin in the hands of this population will contribute greatly to mass adoption in African states. But this cannot be done if the majority of the population does not understand bitcoin.

The lack of awareness of bitcoin has also made many Africans prone to crypto scams. Many Africans don’t understand how bitcoin works. Scammers use this ignorance to frame bitcoin as a get-rich-quick scheme, which attracts thousands of willing investors. In March 2019, several Kenyans lost their savings after falling for a Brazilian bitcoin con.

For you to send or trade bitcoin, you need to have a smartphone and access to the internet. Mobile money services, on the other hand, allow one to send or receive money through text messages, a feature that works even on the most basic telephone handset.

Although internet access has been on the rise in Africa, the majority of the population still lacks access to stable internet connections, which results in them preferring the more accessible mobile money services.

Bitcoin will undoubtedly transform the African continent. However, to achieve this transformation, several changes need to occur within the continent and among Bitcoin-based startups.

The Introduction of Bitcoin-Friendly Regulations

Many crypto enthusiasts are against the idea of introducing crypto and blockchain regulations. To these individuals, regulation means to control, and bitcoin was created to be free from any centralized control.

On the other hand, regulation can also mean to make something “regular.” It can help bring order to a chaotic situation. Currently, bitcoin is considered a risky investment, especially in Africa, where many have fallen prey to scams in the past.

The mass adoption of bitcoin in Africa will need the majority of the population to have access to the cryptocurrency and feel confident using it. The only way to achieve this is by giving people the perception that bitcoin is safe; the introduction of crypto-friendly regulations is necessary for this to happen.

Bitcoin is a borderless currency. This feature limits a nation’s ability to regulate it. Rather than regulating the cryptocurrency, policymakers can introduce laws to govern startups and apps using bitcoin.

Bitcoin adoption in Africa largely depends on Africans understanding the benefits that the cryptocurrency offers. Startups working with Bitcoin in Africa should conduct educational workshops across the continent to ensure people understand the technology.

Most of the unbanked population in Africa don’t have access to basic internet services. To these people, Bitcoin is still a foreign concept that they only hear about in the news, and in most instances, it’s usually bad news.

Educational workshops would help dispel any negative myths about Bitcoin. If people understand that bitcoin is not a scam, but a new form of currency that is easier to transfer and is free from government-related economic depressions; adoption resistance will reduce.

M-Pesa and Ecocash are the dominating mobile money services in Africa. Any startup dealing with Bitcoin should integrate these mobile money options in their platform.

Take the example of Kenya’s M-Pesa. The mobile money service allows Kenyans to send money via text messages. M-Pesa also has a wide network of agents spread across the country. Bitcoin-powered startups that have integrated their services with M-Pesa have experienced higher levels of adoption.

Kipochi, a bitcoin wallet that allowed Africans to send and receive bitcoin, while at the same time allowing the exchange of bitcoin to Kenyan shillings, had integrated M-Pesa to its services. However, after the Kenyan Central Bank cautioned Kenyans against investing in bitcoin, Safaricom, the company behind M-Pesa, canceled the partnership. Before this cancellation, Kipochi was experiencing an increasing number of users. However, the ban resulted in the death of the company.

Wallettec is an example of a startup that has successfully integrated mobile money with digital wallets. This integration has allowed the company to thrive both in South Africa and Kenya.

Africa is a unique market. In the U.S., companies are installing bitcoin ATMs in grocery stores to promote adoption. In Africa, bitcoin ATMs would achieve minimal success — people rarely use bank ATMs. Bitcoin integrated with mobile money is a better option for Africa as it also allows agents to earn from facilitating transactions.

Bitcoin has the potential to transform African countries. However, adoption rates need to increase drastically for this transformation to occur.

Achieving mass adoption of Bitcoin in Africa will require the efforts of both policymakers and private companies; otherwise, the many benefits that Bitcoin is poised to bring to Africa will remain a dream.

This is a guest post by Steven Weru. Opinions expressed are his own and do not necessarily reflect those of Bitcoin Magazine or BTC Inc.