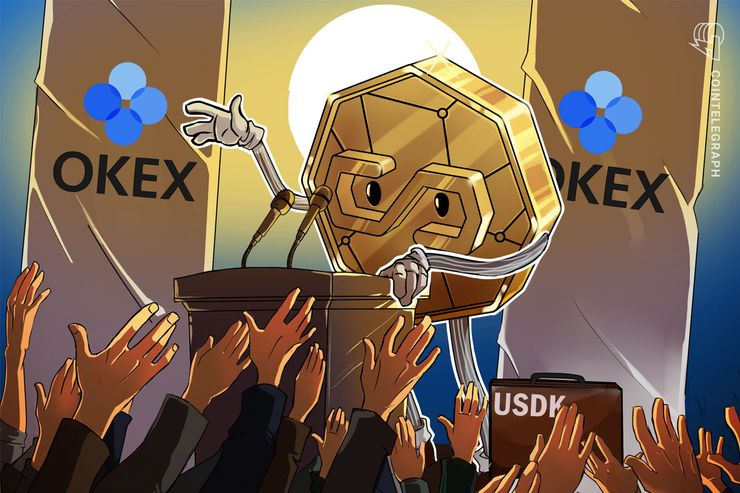 In an email sent to Cointelegraph, the OKEx rep specified that the stablecoin — dubbed USDK — will be launched today in partnership with United States-based custodian Prime Trust.

On June 2, OKLink posted scans of the agreement between OKLink and Prime Trust on Twitter.

At the end of last month, Star Xu — founder of exchange services provider OKCoin and OKEx — announced OK Group’s partnership with the trust company and plans to launch a stablecoin.

Prime Trust is also one the trust companies that manages the escrow accounts holding collateral for competitor stablecoin, TrueUSD.

The firm is also reportedly the partner that enables fiat trading on the U.S.-based version of top cryptocurrency exchange Huobi.

OKEx is currently the world’s second largest crypto exchange by adjusted daily trade volumes, seeing $1.8 billion in trades over the past 24 hours to press time.

As Cointelegraph reported in March, OKEx is developing its own decentralized exchange (DEX) and blockchain, called OKChain. The chain is reportedly already in the final development stage and the company expects to launch the testnet this month.

Yesterday, Cointelegraph reported that the so-dubbed decentralized exchange developed by major cryptocurrency exchange Binance will block access to users based in 29 countries. The DEX informs potential users of the restriction via a message that appears when accessing the platform from one of the blocked regions.

Options Market is Losing Confidence in Bitcoin; This Could Spell Trouble for 2020