South Korea’s market-rattling drama over an impending cryptocurrency trade ban added another layer of complexity today. While the government has been deliberately vague about when and how strictly it will crack down on cryptocurrency activities, it has emerged that at least one financial regulatory employee was allegedly banking on the cryptocurrency craze through insider trading and big banks made millions of dollars last year on commissions.

The Financial Supervisory Service director Choi Heung-sik told lawmakers his agency is investigating a claim that one of its three employees who are part of a pan-government crypto regulation task force was using internal information to profit off cryptocurrency. According to reports citing the FSS, the employee gained about 50% in profit by selling cryptocurrency last month two days before a major government announcement on Dec. 13 that proposed to ban minors and nonresident foreigners from trading.

He made around 7 million won ($6,500) in profit, but the employee apparently claimed he was on vacation at the time and didn’t know the measures were to be announced.

Crypto fever among civil servants is so strong that Hong Nam-ki, Minister of the Office for Government Policy Coordination (OPC), on Thursday had to tell government departments that “cryptocurrency investments by government officials is inappropriate” and to ensure that cryptocurrency is not traded during work hours. According to Hong, at least one or two cases of employee insider trading are under investigation.

Ever since South Korea’s justice minister Park Sang-ki last week opened the lid on a plan to shutter cryptocurrency exchanges to stamp out the country’s feverish speculative trading, the government has been scrambling to clarify its stance. The presidential Blue House quickly said nothing was confirmed, but today the chief financial regulator told parliament the government was considering multiple options, including a blanket shutdown of cryptocurrency exchanges and a closure of only the ones acting illegally.

With all the uncertainty, local traders have gone into hiding — the Korean won, once the second-most traded currency for Bitcoin and Ether, has slid to fifth and fourth place, respectively, according to CryptoCompare. 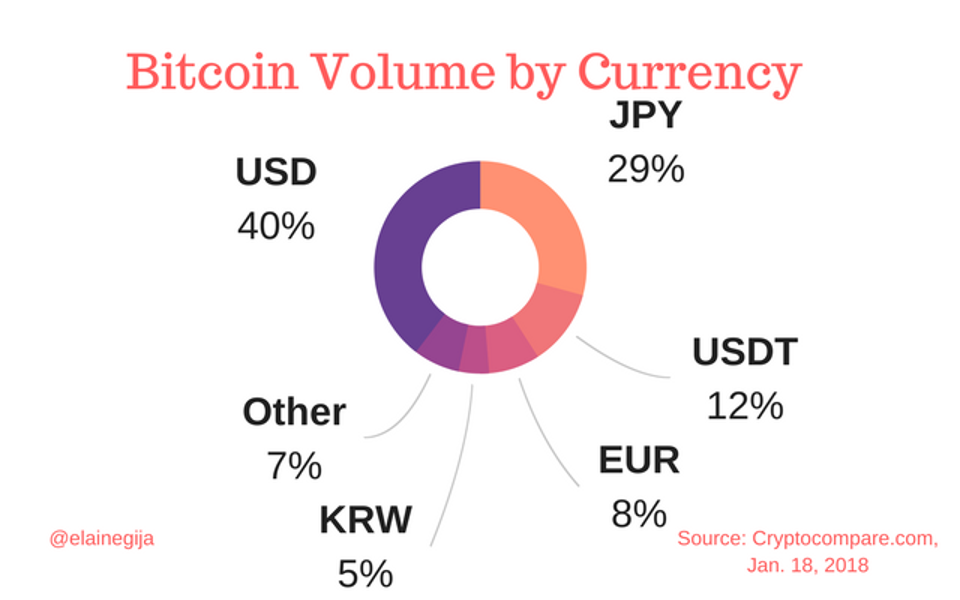 South Korean traders have gone into hiding amid government uncertainties. 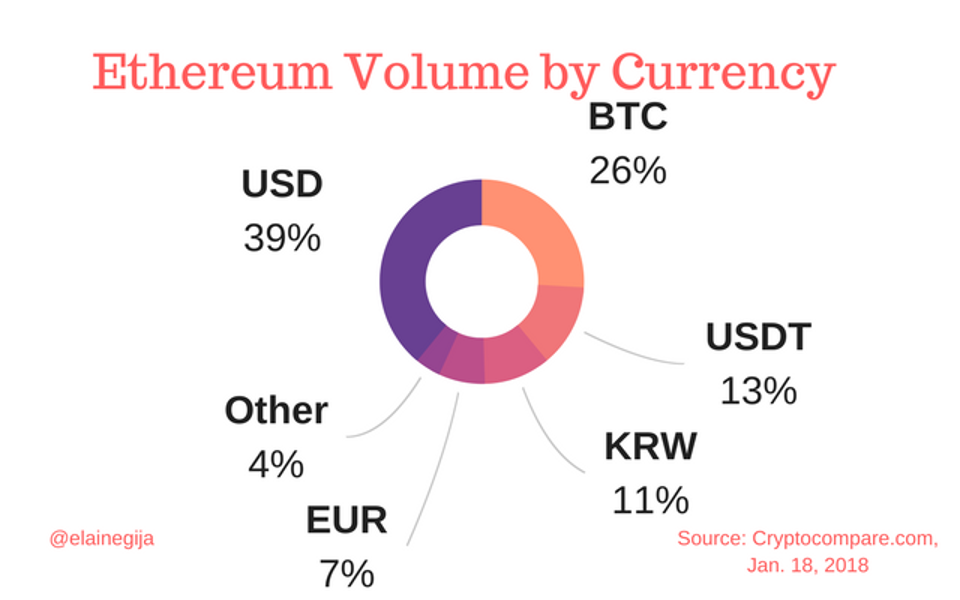 South Korean traders have gone into hiding amid government uncertainties.

But the government may meet resistance from big banks, which earned 2.2 billion won ($2 million) in cryptocurrency trade commissions last year. Six major banks including Industrial Bank of Korea, Nonghyup Bank and even the state-owned Korea Development Bank, which together hold $2 billion in users’ cryptocurrency accounts, each took home up to $630,000 on commission from trade last year. They’re the same banks that financial regulators investigated last week to check their internal controls on money laundering prevention and identity verification.

The recent reports of civil servants’ insider trading has thrown fuel onto the fire of outraged citizens, more than 200,000 of whom signed a petition to demand the presidential Blue House to respond to the mayhem and clarify its stance. Opponents of the ban in South Korea fear a blanket ban would lead to a massive asset outflow as traders move their coins to overseas accounts. Within parliament, conservative lawmakers are railing against the liberal Moon Jae-in administration for turning the local crypto trade industry into a “rollercoaster.”

Despite South Korea being one of the biggest markets for Bitcoin, Ether and more recently Ripple, cryptocurrency activity is largely unregulated as the central bank and financial regulators refuse to recognize it as a currency or financial product. Prices of coins reach as high as 45 percent above the global average, but few can take advantage of the arbitrage opportunity due to the country’s tough remittance regulations.

While the government remained largely silent last year as South Korea shot to one of the top markets for major cryptocurrencies, it piped up in November – around the same time China banned cryptocurrency trade – to announce a potential ban against initial coin offerings as it launched investigations into crypto crimes.

Since then, the government has vowed to take action against crypto-related illegal conduct such as market price manipulation, money laundering and tax evasion. Financial authorities on Sunday said they would require traders to put their real names on their crypto accounts, or face fines. Despite news of impending trade ban, the requirement could be seen as a positive effort to recognize and legitimize trade.

None of the government’s proposed regulations have taken form yet, but many in the local industry are bracing for the imminence of something strict. Amid the instability, Korean blockchain startups have been flocking to countries like Switzerland and Estonia to set up their ICOs.

While the government has not firmed up a timeline for publishing regulations, officials say they’re rushing to lay something out as soon as possible. But experts say it may take six months to a year for a bill to pass through President Moon’s Democratic Party-led National Assembly, a process that could get even more muddied as a by-election in June may shake up the assembly member seats.

Cryptocurrency in a Bearish Swing to Start the Week