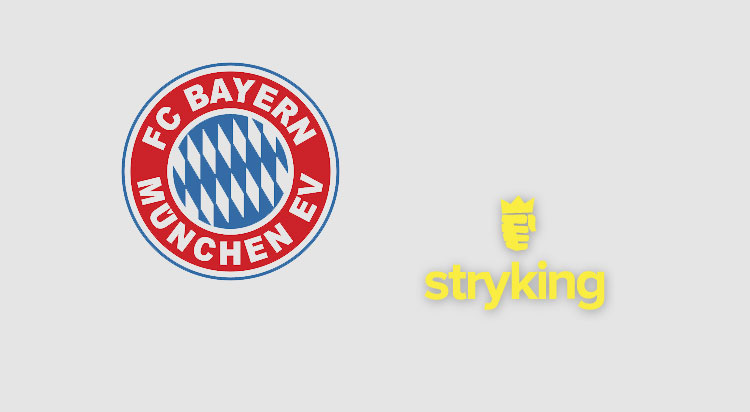 “We are extremely thrilled to launch our new platform stryking.io with FC Bayern Munich as our first licensing partner. FC Bayern is one of the biggest football clubs in the world and their fans all around the globe should watch out for the first pre-sale with rare cards of their favorite stars coming soon. In the upcoming weeks and months, we will add more football licenses and other sports to the platform. Our vision is to build a truly global hub where sports fans meet to collect and trade as well as play with their digital collectibles.”
– Dirk Weyel, Founder & CEO of Stryking Entertainment

A teaser website at stryking.io has been launched today and more licensing partnerships will be announced with leading sports clubs, leagues and other sports rights holders for creating and distributing digital collectibles in the form of non-fungible tokens (NFTs).

The Fantasy Sports challenge system that Stryking has developed for “Football-Stars” will provide gameplay for the digital collectibles. The platform will allow fans to use non-fungible token player cards of real sports stars in special challenges to compete against each other.

Users build virtual line-ups with their player cards and play against the line-ups of other users, with results calculated based on real-live results or historical data. This mechanic allows users to increase the value of their player cards, which they can sell on the marketplace.

FC Bayern Munich is one of the most popular and successful football clubs in the world with more than 60 million followers on social media and more than 290,000 official members. The club has won many national and international titles, including five times the Champions League, Europe’s top tournament.

Stryking was recently acquired by Animoca Brands, a publicly listed mobile and blockchain gaming company with a portfolio of licensing partnerships in sports and entertainment, including Formula 1, Atari, Garfield, MotoGP, and many others.