This week, Bitcoin saw a small correction from the previously seen bearish trend in November. The cryptocurrency managed to rise by a total of 7.67% to reach the current trading level of $7,768. 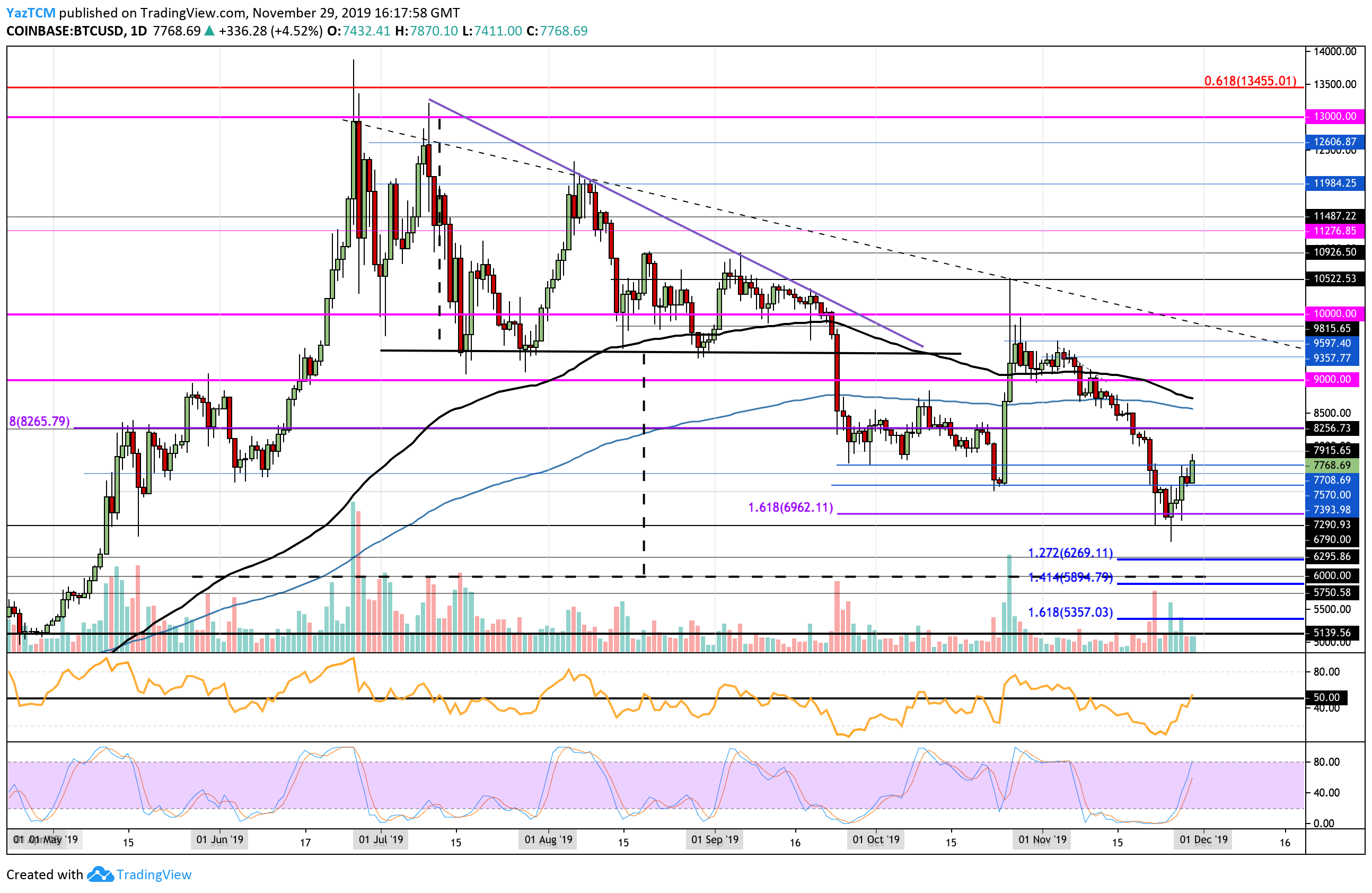 Ethereum also witnessed a rebound this week, although the 4.28% increase is smaller than Bitcoin’s bounce. ETH found strong support at the $133.50 level, which allowed it to rebound higher to the current level of $157. Looking ahead, initial resistance lies at $165 and $180 (100-days EMA). Alternatively, if the sellers step in, strong initial support is expected at $150. Beneath this, support is found at $133.50. 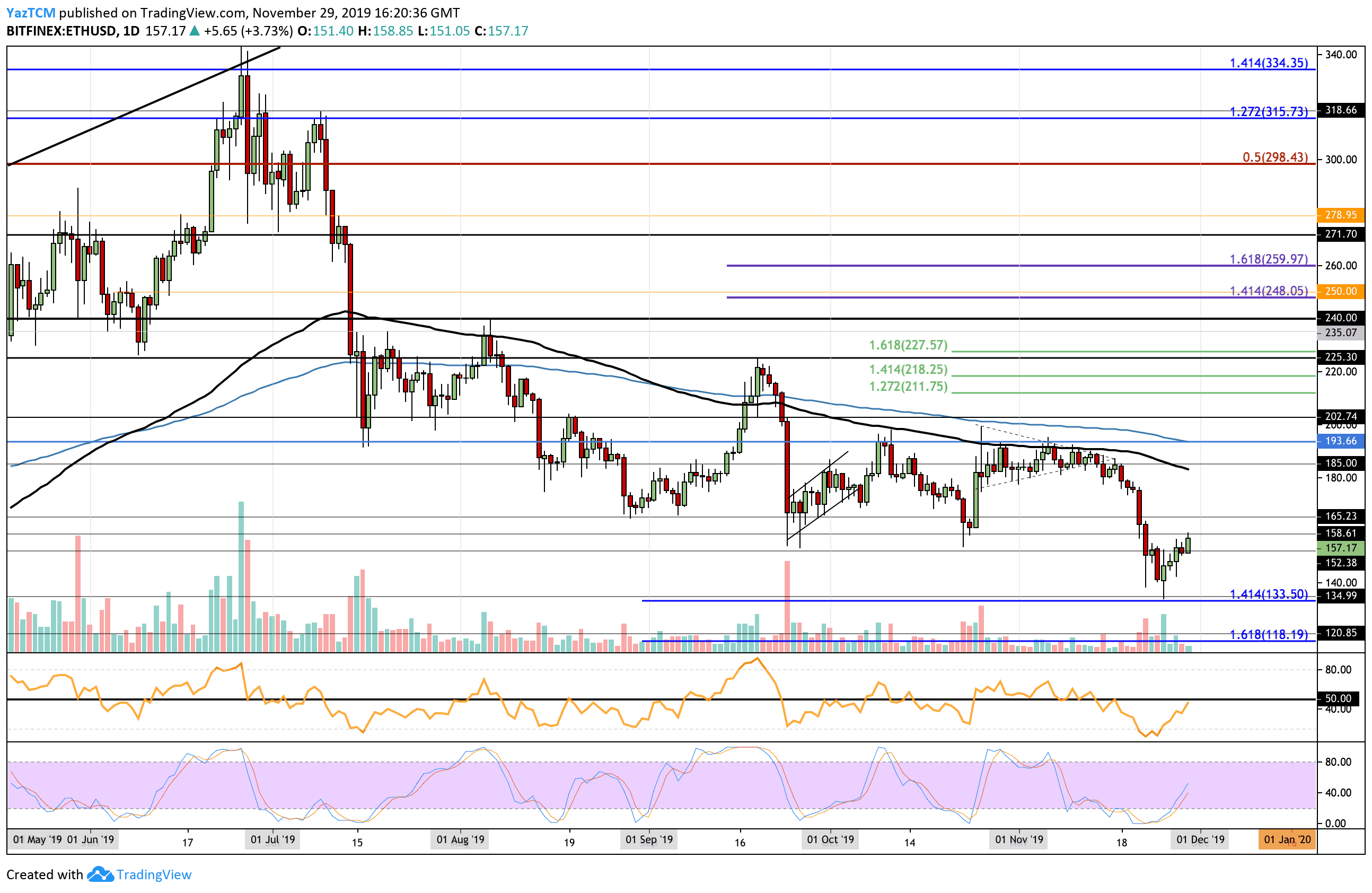 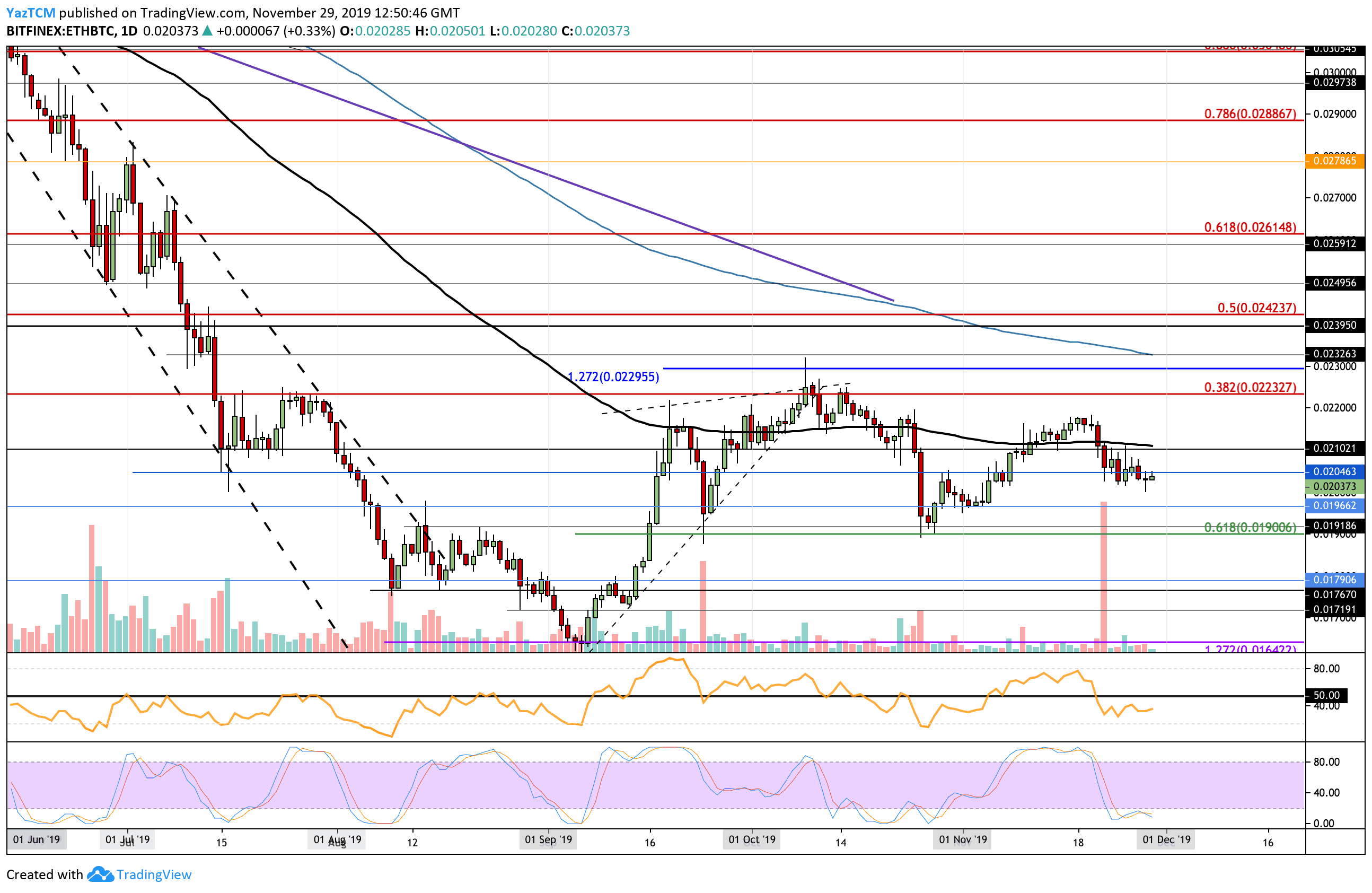 Relative to the other coins, the rebound for XRP has not been as prominent as it is still down by a total of 1.3% over the past seven days of trading. Nevertheless, it managed to recover to $0.23 after dipping to as low as $0.20. 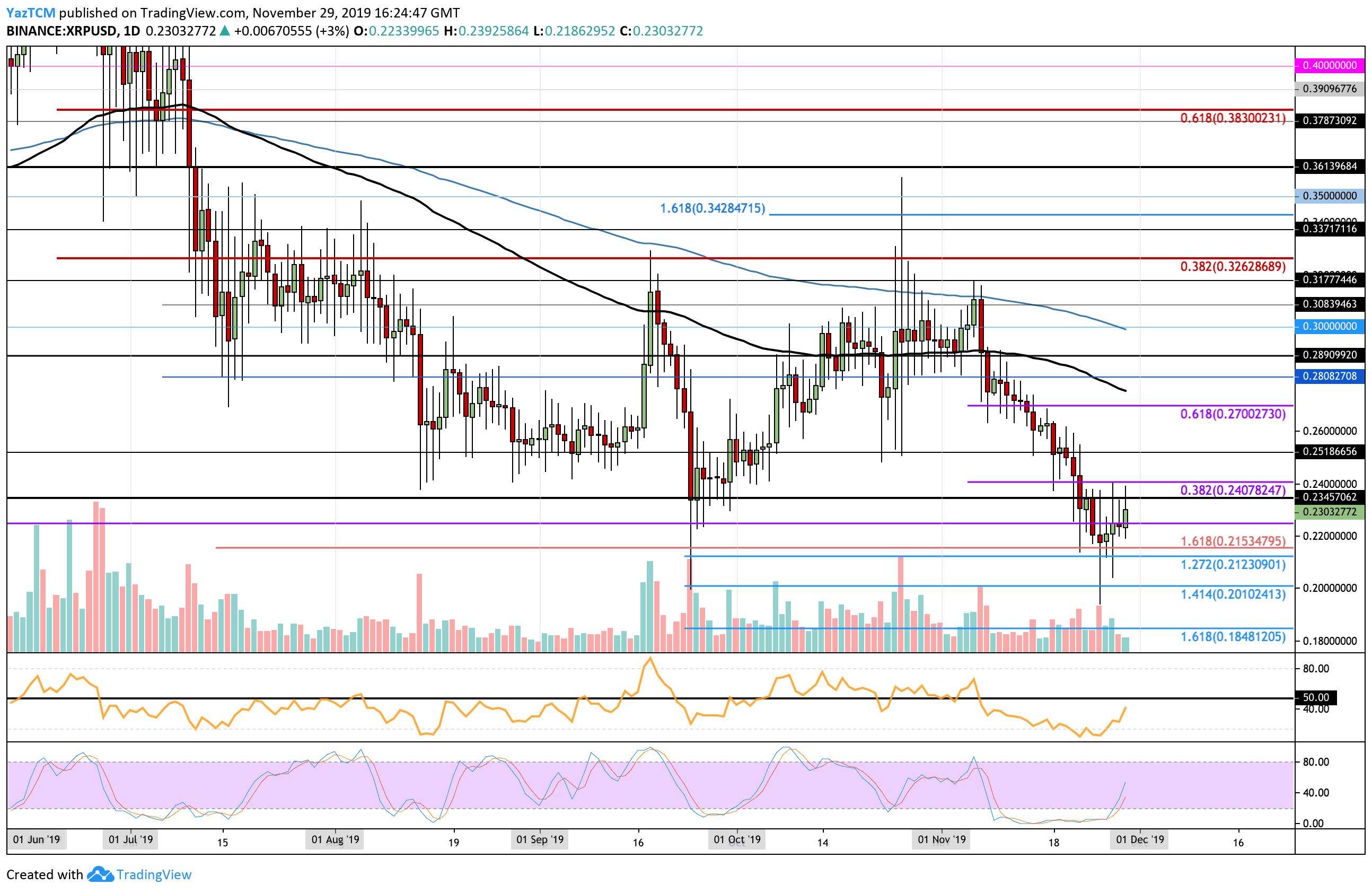 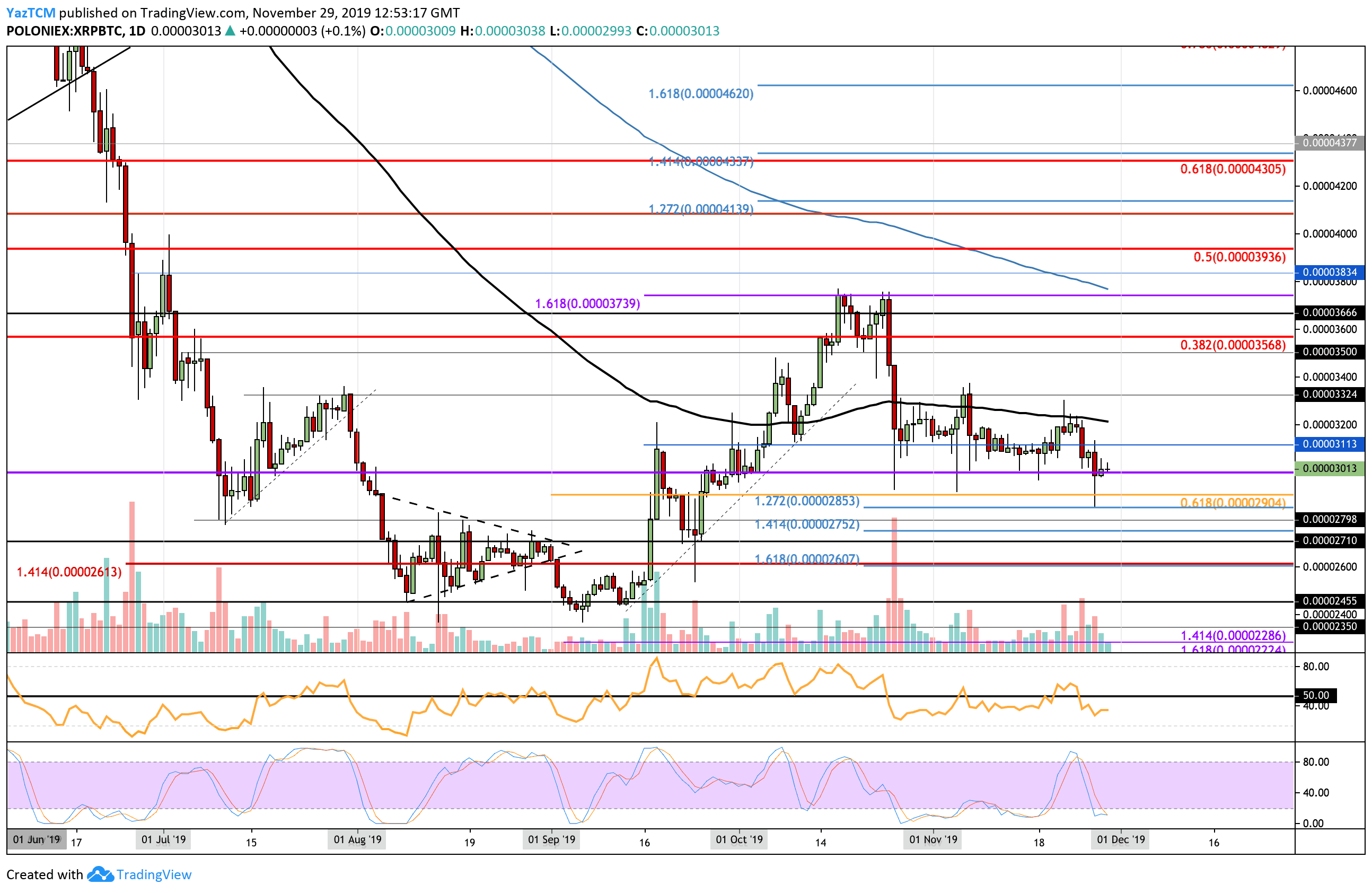 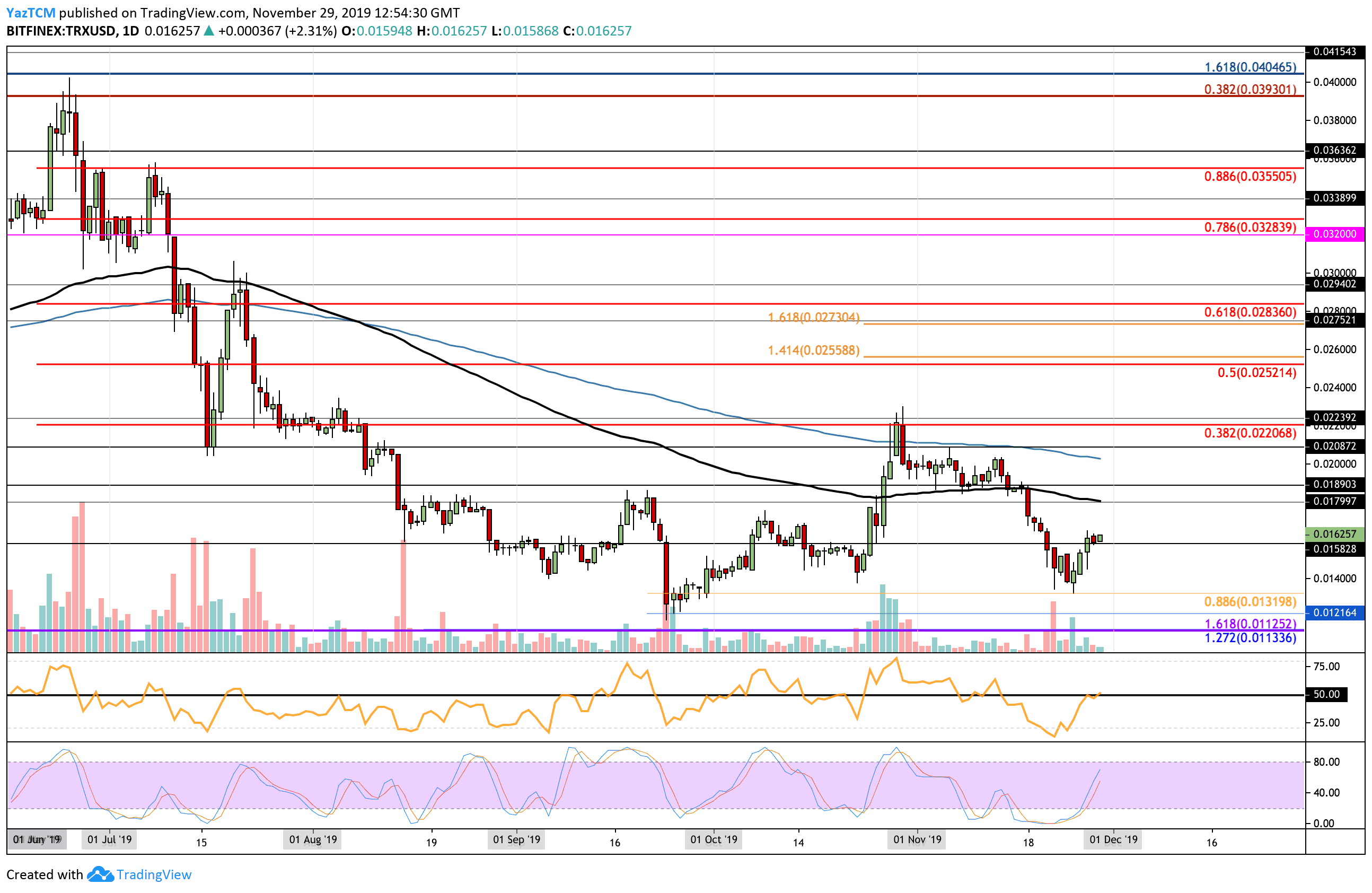 Against BTC, Tron has been holding up pretty well after bouncing from the support at 191 SAT to reach the current 215 SAT level. The momentum is in the favor of the bulls as the RSI is above 50, however, for a bullish trend, we must see TRX breaking above 240 SAT. Above 215 SAT, initial resistance can be found at 230 SAT (October high) and 253 (200-days EMA). Toward the downside, support lies at 200 SAT and 179 SAT. 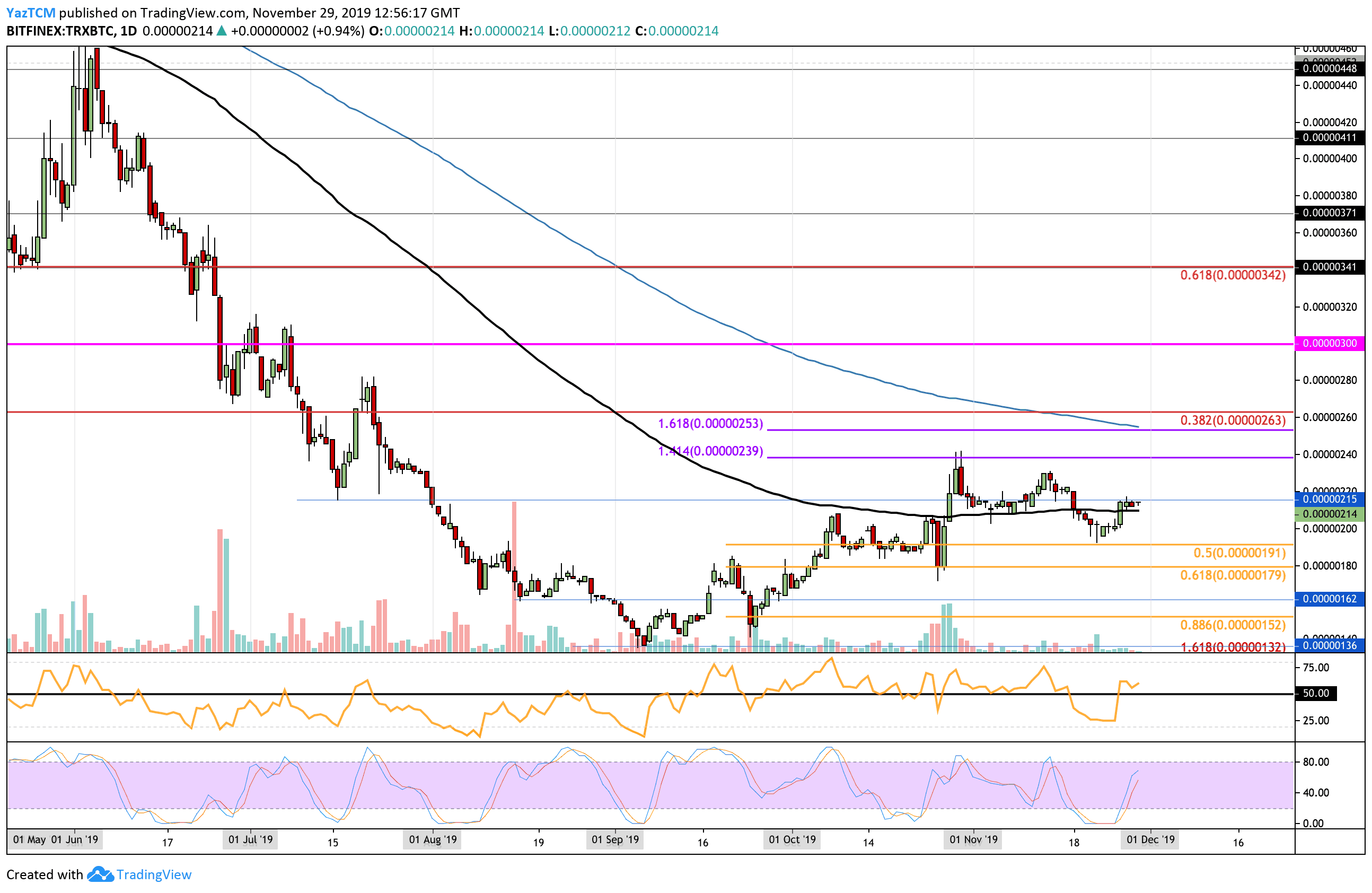 Matic saw an extraordinary price surge this week after increasing by a massive 80%. The cryptocurrency now trades at a price of around $0.024. Matic faces resistance at $0.2464 and must overcome this level if we would like to see the bullish run to continue. Toward the downside, support is expected at $0.022 and $0.016 (.618 Fib Retracement). 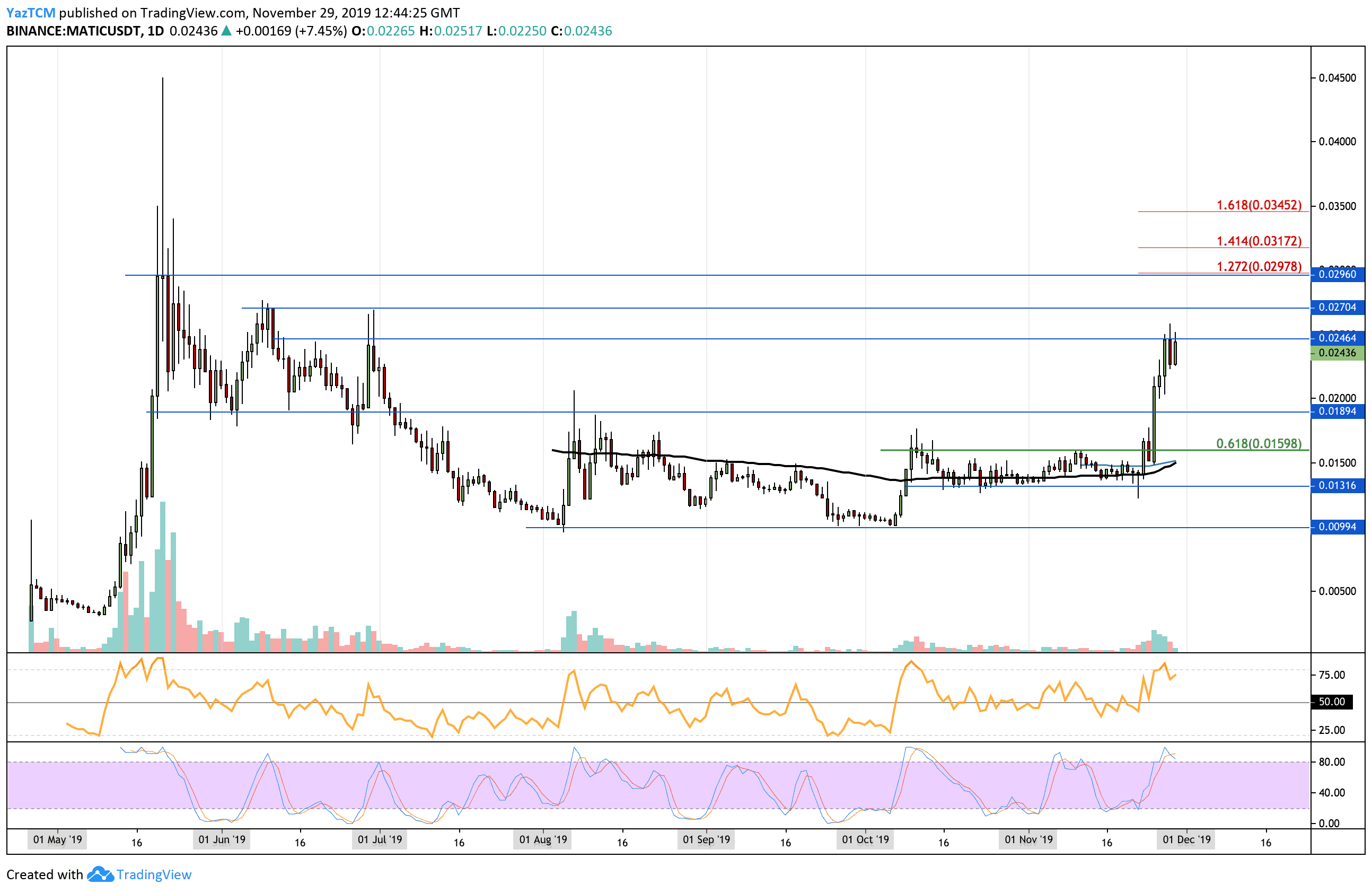 Against BTC, MATIC has also been surging as it faces resistance at 341 SAT.  From above we can expect higher resistance at 377 SAT and 400 SAT. From below, the nearest level of support lies at 266 SAT (.382 Fib Retracement). Beneath this, added support is found at 200 SAT. 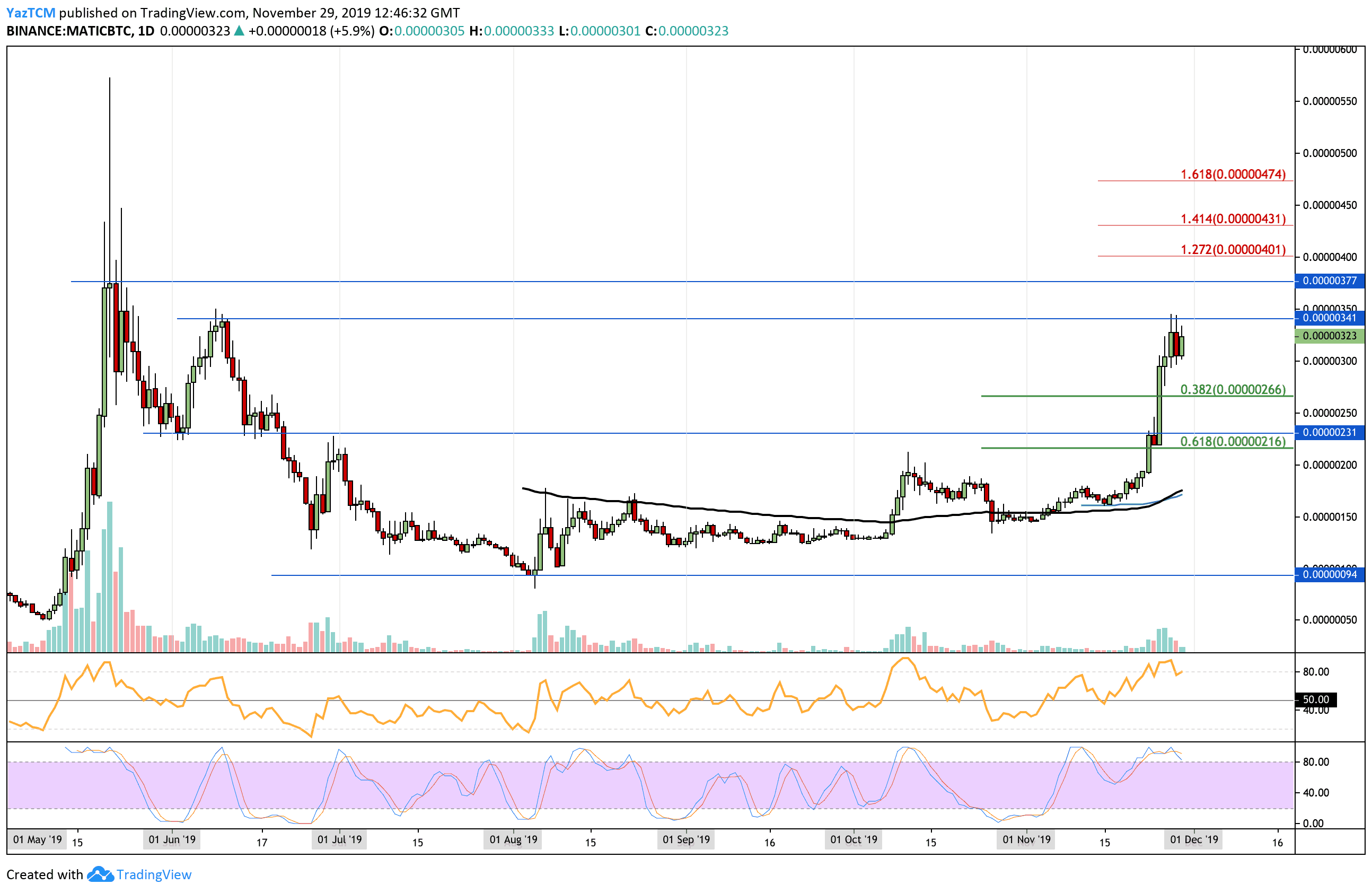