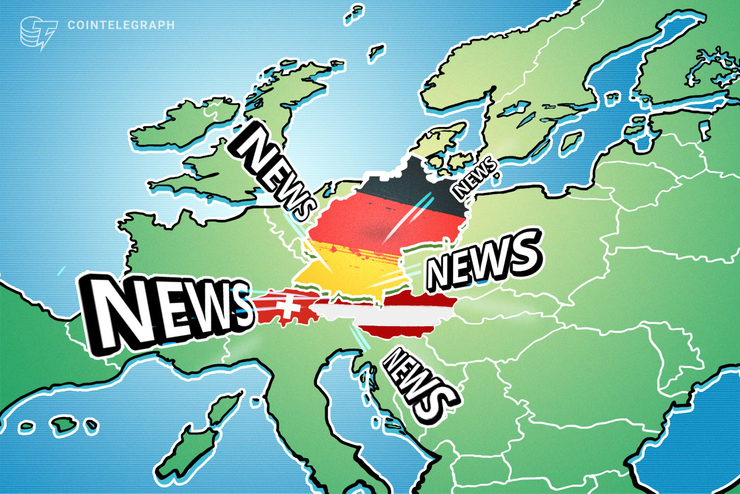 The German-speaking world has experienced another week full of exciting developments in the crypto industry, with Germany setting the pace in the European fintech scene, German banks arguing in favor of a digital euro, Austria testing how to trade electricity with blockchain technology, and the Swiss crypto trading platform Sibex securing a $1.8 million investment.

Here is the past week of crypto and blockchain news in review, as originally reported by Cointelegraph auf Deutsch.

In a pilot project starting in November in Styria, Austria, local energy communities will be able to trade their own solar power with each other via a blockchain system. The project, carried out by Blockchain Grid in Heimsee, a small town in southern Styria, is part of the research initiative Green Energy Lab. Within the initiative, partners such as the state energy provider Wien Energie, EVN, Energie Burgenland and Energie Steiermark jointly research new technologies for the energy sector.

Initially, ten customers will receive hardware for the automatic measurement and billing of self-generated and used electricity. Depending on demand and on-site availability, this is either obtained through the company’s own storage, via local trade or from the general network and will be automatically billed via the blockchain platform.

Germany is setting the pace in the European fintech scene

According to a market study on the global ecosystem of digital securities published by the Swiss tokenization platform Blockstate and the Frankfurt School Blockchain Center, Germany is now setting the pace in the European fintech scene.

The analysis compares more than 200 companies associated with the security token ecosystem. In addition to factors such as the current state of the blockchain technology used, types of security tokens, issuers and issuing platforms, the study also provides an overview of investors, secondary markets and traditional financial players involved. In contrast to the STO study published by Blockstate in July, the new report focuses not on the capital invested, but on those involved in the STO ecosystem.

German private banks are in favor of the digital euro

On Oct. 30, the Association of German Banks, which represents more than 200 private commercial banks and eleven member associations, stated that the “economy needs a programmable digital euro.” The German private banks added that a competitive payment system can only be based on a common standard and a common currency, stating:

“In order to maintain Europe’s competitiveness, satisfy customers’ needs and reduce transaction costs, the introduction of euro-based, programmable digital money should be considered.”

The company, which is based in Swiss crypto valley Zug, said it intends to use the new capital to expand its P2P crypto trading platform in order to make it more attractive to institutional investors:

“Lack of infrastructure for over-the-counter trading can create problems that unsettle institutional investors who are accustomed to a particular quality of service. Sibex strives to solve existing problems while enabling professional traders to enter a new world of trading strategies and opportunities.”

Creditors of Swiss Envion AG must declare their claims by Nov. 28

The Swiss cryptocurrency mining startup Envion AG was declared bankrupt by a court decision of the cantonal court of Zug after a legal dispute between former CEO Woestmann and the founders in November 2018. ICO investors and other creditors affected by the Envion bankruptcy must now officially register their claims by Nov. 28.

Following the court ruling, the founders of the Swiss crypto startup in liquidation announced that they would donate proceeds to the Liquidation Upgrade Program (LUP), an independently-managed foundation that will distribute the donated funds to Envion’s creditors.