Bitcoin broke the weekly high to trade above $5300 on 20th April 20, 2019. Most of the traders still feel that Bitcoin (BTC) is in a ‘no-trade’ zone as the price continues to hover $5200 market. However, it is acting as strong support.

Bitcoin [BCH] also gained considerable over the week and most of it can be attributed to #WeAreHoldonaut and #DelistBSV which favored Bitcoin Cash (BCH).

Monero celebrated its fifth anniversary on 19th April 2019. The lead developer of the coin mentioned the ‘apparent hate’ that Monero received due to its drive for privacy. However, with added fungibility, Monero is actually the closest to the traditional monetary system of hand-to-hand cash transactions.

Most of the other top altcoins including Ethereum, XRP, and DASH seem to be in the consolidation phase as they traded in the green with over 1.5% gain over the week.

BAT, Tezos and Holo token Gained 30% Over the Week

However, it was third the best performing coin the top fifty as cryptocurrency associated with Samsung, Enjin Coin (ENJ) gained 40% in the past week. The price of ENJ at 3:40 Hours UTC on 20th April is $0.20.

Tezos (XTZ) held on to its gains above $1.35, gaining over 170% since the beginning of the year. It gained 42% over the week as it consolidated back strongly above the $1 mark.

Some of the other tokens which gained over the week were Holo chain and Tezos. Holo Chain also gained about 18% on a weekly scale. The price of Holo at 3:45 Hours UTC on 20th April is $0.00143.

Do you think that altcoins will continue to gain in the new ‘tokenized’ ecosystem or Bitcoin (BTC)’s volatility will still affect the entire cryptocurrency market? Please share your views with us. 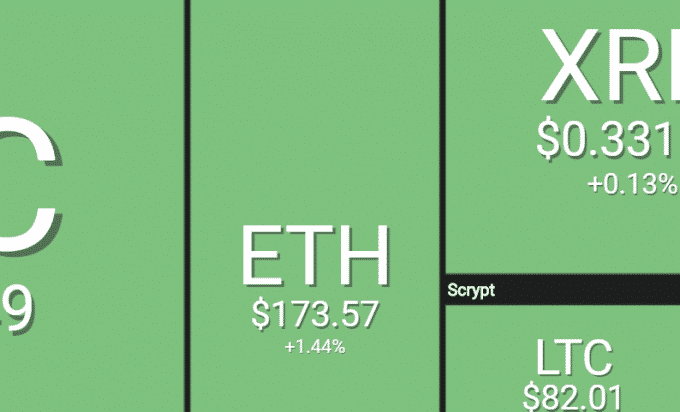 Article Name
Crypto-Market Update: Altcoins BCH, XMR, LTC Consolidates as BAT Token, Enjin and Tezos Lead Weekly Gains
Description
Bitcoin broke the weekly high to trade above $5300 on 20th April 20, 2019. Most of the traders still feel that Bitcoin (BTC) is in a ‘no-trade’ zone as the price continues to hover $5200 market. However, it is acting as strong support.
Nivesh Rustgi
Publisher Name
Publisher Logo