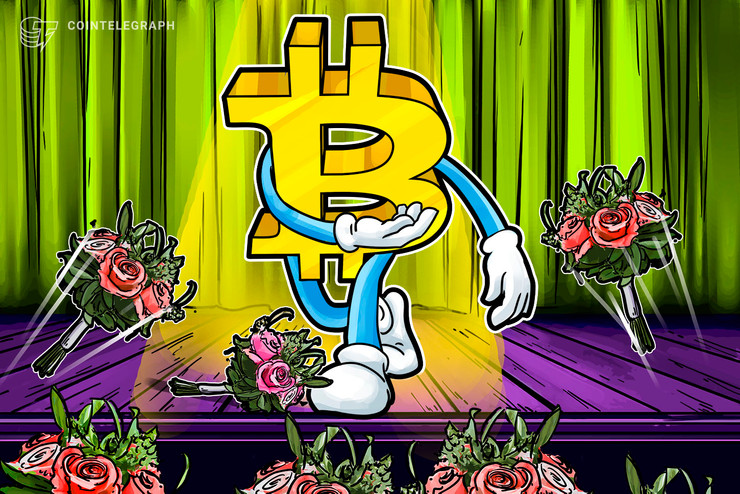 Beginning a rally at the start of 2020, Bitcoin (BTC) and the rest of the crypto market continue to fly upward, showing little signs of slowing down.

The “crypto market is hot right now, and what stands out to me the most is that there are plenty of altcoins that are still running even with the strength $BTC is displaying right now,” CNBC crypto trader and Twitter personality BigCheds told Cointelegraph in a message on Feb. 9.

“Normally when $BTC and other majors [top market cap altcoins] are hot people ride them, and then load alts on pullbacks and sideways consolidation, but with this increased bullish narrative investors and traders are getting cocky and pouring more money in, and with that many of these alt coin charts are showing signs of bottoming in higher time frames like the weekly chart.”

Bitcoin starts off 2020 with a bang

Halfway through December 2019, Bitcoin’s price dropped to near $6,750. December proved itself the bottom of a lengthy downtrend that started in June 2019, when Bitcoin topped out near $14,000. Many altcoins joined Bitcoin’s downtrend for the latter half of 2019.

So far, December 2019 has proven itself as a bear-trend bottom as Bitcoin continues its journey higher, taking altcoins with it.

“Market sentiment has done a complete 180 since hitting the low of ~$6900 on January 3rd as we were able to build solid support, we have seen consistent moves upward,” Crypto trader and social media maven CryptoWendyO told Cointelegraph in a Feb. 7 email.

CryptoWendyO noted Bitcoin powered past $9,000, a previously formidable opponent, on Jan. 26, holding above the level nicely. The asset then rallied past resistance at $9,500 on Feb. 5, converting the level to support.

Since Feb. 7, Bitcoin has rallied past $10,300, which CryptoWendyO suspected as an outcome, shown in her comments. “Due to a change in market sentiment another upward move would put us at $10,400 and then $11,200,” she said. “Ultimately, the bulls need a break and flip of support at $14K to as that was the high back on June 26th.”

BigCheds said he sees several other signs of positive sentiment across the crypto space, saying:

“All in all, we are seeing activity level pick up across the board, from twitter engagement to youtube view counts, and with that is more money, more excitement and hopefully some new adventures.”