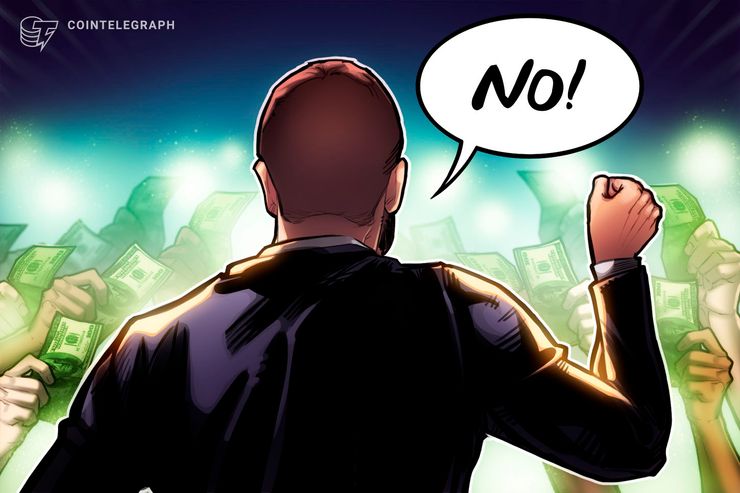 In an official statement published on March 4, Elliptic’s CEO and co-founder James Smith stated that the firm has never “enabled the violation of individuals’ financial privacy,” and that such accusations represent a fundamental misunderstanding of Elliptic’s industry role.

Elliptic is one of key players in the blockchain intelligence sector, providing analytics tools that allow companies, governments and law enforcement agencies to monitor blockchain transactions and track suspected illicit activities, such as money laundering.

As reported, accusations that such players may be circulating their clients’ user data surfaced when a senior Coinbase executive was prompted to justify the exchange’s now-controversial acquisition of blockchain analytics firm Neutrino.

The executive had claimed that the integration of Neutrino into the Coinbase outfit had been necessary, given that existing external technology providers were allegedly selling Coinbase users’ data to outside sources.

In his statement, Smith robustly denied these allegations, which did not explicitly isolate Elliptic or any other blockchain intelligence firm by name. Nonetheless, he wrote, such insinuations “fundamentally misunderstand the data we analyse, the insight we share with our clients, and the role we play in the industry.” Smith added:

“Our exchange clients, including Coinbase, do not provide us with any personally identifiable information about their users. Our clients use our solutions to screen specific transactions for risk […] We only allow our solutions to be used in order to combat financial crime, and do not allow it to be used for marketing, business intelligence, or any other purpose.”

In addition to Smith’s statement, Elliptic has published an extensive FAQ in which it outlines the exact mechanisms and nature of the data it uses for transaction screening and the analysis of potentially suspect actors and funds transfers.

The FAQ section again affirms that “Elliptic never, ever requests or requires any end-user data from its clients,” and neither holds nor distributes any KYC data whatsoever, which it states is not relevant for its activities.

As reported today, in response to the crypto community furore over the Neutrino acquisition, Coinbase CEO Brian Armstrong has revealed that Neutrino staff with prior connections to controversial software firm Hacking Team will transition out of their new roles at the exchange.