Like a scene from an Orwellian nightmare, authorities in Shenzhen China show where the future of centralized cashless payments is headed. And it isn’t pretty.

China is known for its high rate of technology adoption. Of the 2 billion or so smartphones around the world, two-thirds of them are in China.

Unlike most users in the West, Chinese smartphones are particularly popular for making instant cashless payments. Just about everyone accepts mobile payments, from small street vendors to homeless people.

Up until now, Chinese using WeChat Pay to make a purchase was completely at their will. But the Shenzhen traffic police are about to instantly extract fines from people’s WeChat accounts if they’re caught jaywalking.

Better than that? They’re using facial recognition technology to catch offenders and remove the fines automatically, no questions asked.

Facial Recognition to ‘Name and Shame’ Is Not Enough

In Shenzhen, pedestrians who violate road rules are already named and shamed on giant LED screens. Traffic police use CCTV cameras backed by AI to single out jaywalkers. Their faces are also registered on a government website. 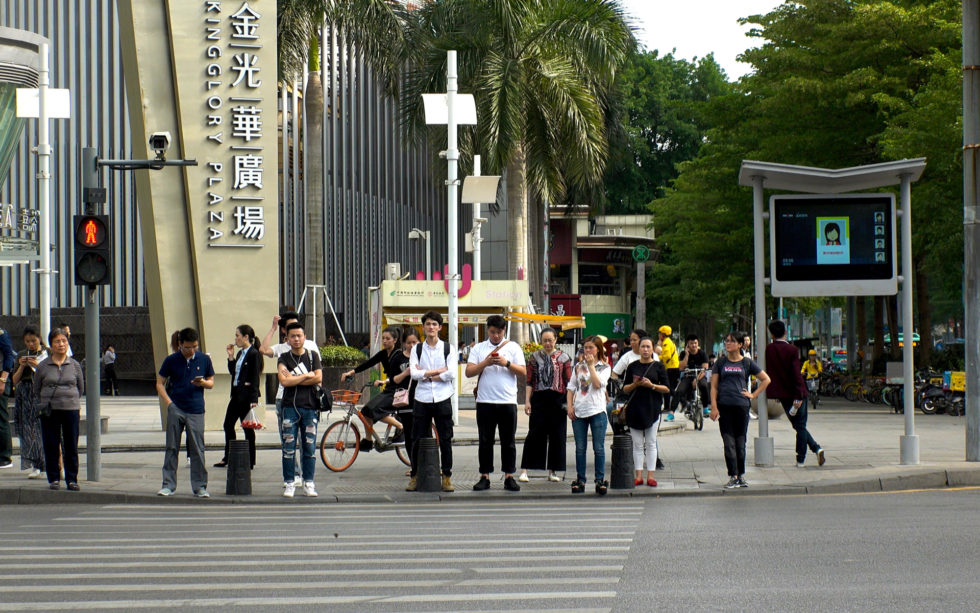 AI-enabled cameras are nothing new in China’s most progressive city. The technology was put in place in April 2018 and since then, almost 14,000 jaywalkers have had their faces plastered across the screen at a busy junction in the Futian district.

The Chinese authorities, it seems, really don’t want you crossing the road outside of a designated pedestrian area.

According to Wang Jun, Director of Marketing Solutions at AI firm Intellifusion, quoted in South China Morning Post, however, naming and shaming is not enough.

Jaywalking has always been an issue in China and can hardly be resolved just by imposing fines or taking photos of the offenders… But a combination of technology and psychology… can greatly reduce instances of jaywalking and will prevent repeat offenses.

So, the Chinese traffic police will soon use a combination of facial recognition technology and instant fines by text.

Despite the margin for error (last year, a facial recognition system mistook a face on a bus for a jaywalker), the new system is moving ahead.

Since the naming and shaming campaign began, the number of repeat offenders has reduced. Although Wang believes the only incentive strong enough to stop jaywalking completely is to hit people directly in their pockets. 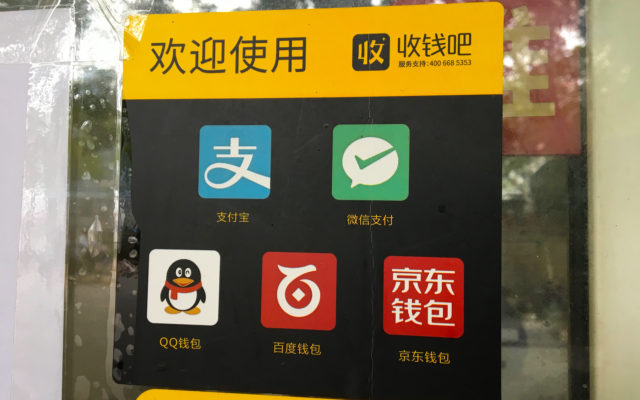 Intellifusion is currently in talks with popular Chinese social media platforms WeChat and Weibo. Not only will the jaywalker be notified by text, but their account will be debited some 20 minutes later. Their credit rating will also be affected if they pass a certain limit and violate the rules too many times.

If it sounds like a scene from an Orwellian society, that’s because this is exactly what this is. Big Brother China is showing the world where the future of centralized cashless payments is headed. And it isn’t pretty.

By going ahead and taking funds from violators’ accounts, they impose a ‘pull payment’ strategy, whereby the supplier simply takes the money from the account.

Now, contrast this to a decentralized financial system like Bitcoin, in which account holders send the funds (with their private key) and payments are ‘pushed’ onto the network.

China Has Control Over Your Financial Sovereignty

It’s been clear to the Chinese people for some time now that the authorities are watching them. But with this new initiative, the government will have access to pull payments from its citizens’ accounts, effectively controlling their financial sovereignty.

It’s not only Shenzhen that’s doing it, either. The Chinese are getting trigger-happy with facial recognition technology, with similar projects in Shanghai and Beijing.

What do you think about China’s automatic fines for jaywalking? Share your thoughts below!

Bitcoin Dominance Drops Near 50% – Boom on the Way?

Ethereum, XRP, and Litecoin appear to be consolidating before their next big move