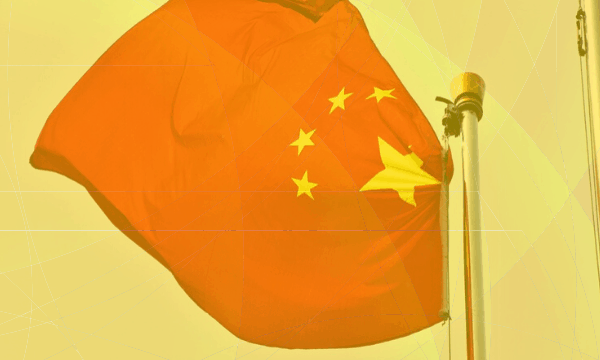 An alliance consisting of Chinese government groups, banks, and technology companies will launch the Blockchain-based Service Network (BSN) in April. The innovative platform will be among the first maintained by a central government. It will allow participants to operate on top of it, without having to design a new network from scratch.

Announced in the middle of October 2019, only a week before President Xi Jinping said China should invest more in the blockchain technology, BSN will be unveiled to be public in April. The platform would allow the development of applications, smart cities, and even the digital economy on top of it.

According to BSN’s white paper, building, operating, and maintaining a blockchain network for a year can cost a single company at least $14,000. Deploying an application on BSN’s platform, though, could lower the amount to $300.

The Chinese government-maintained platform would differ substantially from regular blockchain projects. While Bitcoin and other permissionless networks allow anyone to review the entire transaction record, BSN will have a closed membership. Called “permissioned” setup, it would allow operators to share transaction data with whomever they choose.

Interestingly enough, the COVID-19 outbreak doesn’t seem to be interrupting the BSN April launch. China’s central bank digital currency (CBDC), for example, was postponed but recent reports indicated that it may come sooner than expected.

According to Hong Wan, a blockchain expert from North Carolina State University, the project has its fair share of skeptics.

Even though the BSN Alliance previously informed that individual developers and enterprise-scale engineering groups are building and beta testing the platform, Wan believes that it might not cope with the workload. She also noted that BSN hadn’t released full details on the platform’s technical specifications, which is somewhat worrisome.

Additionally, some community members expressed reservations regarding the control of the network from the Chinese government. They warned that it could jeopardize the whole purpose behind a blockchain-based platform.

Despite these uncertainties, the Alliance hopes that BSN will eventually become the global standard for blockchain solutions.