Chainlink (LINK) is one crypto-asset that has recovered massively from its September lows. As of this article’s writing, Chainlink (LINK) trades for $10.75, far above the $8 lows seen near the start of September.

” href=”https://www.newsbtc.com/dictionary/coin/” data-wpel-link=”internal”>coin is still down by just shy of 50% from its all-time high price of $20, set in the middle of August’s buying frenzy.

Unfortunately for bulls, analysts think that the cryptocurrency is primed to move lower in the near term as LINK forms some bearish signals.

Chainlink’s long-term trend is still in a positive state, though, as long as it manages to hold the $8 lows.

Following the rest of the crypto-asset market over recent days, Chainlink (LINK) recently pushed towards $11 for the first time in many weeks. The <a class="wpg-linkify wpg-tooltip" title="

” href=”https://www.newsbtc.com/dictionary/coin/” data-wpel-link=”internal”>coin currently trades above two pivotal resistances: a downtrend from the September high and the psychological $10 level.

However, not all analysts think that the price action will hold here. One crypto trader recently shared the chart below, noting that he doesn’t expect “us to hold above here” as two bearish divergences form on the one-hour and four-hour chart between LINK’s price action and the relative strength index.

“Although, we are still above the red diagonal resistance which is quite significant, I am not expecting us to hold above here. The hourly and 4h bearish divergence kind of confirms this thought. Will be taking a short attempt around $10.88” 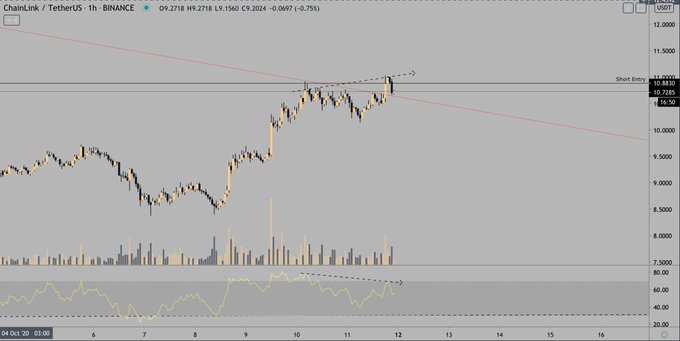 All Eyes on Bitcoin

While LINK may have its own case for moving lower, all eyes should be on Bitcoin, which may save Chainlink from a drop.

Analysts are unfortunately mixed on the leading cryptocurrency as it forms a $300 CME futures gap between Friday’s close around $11,100 and the current price of $11,400:

“Have placed some bids around the CME gap at 11,110. Hoping they fill for the weekly close or early Monday. High probability that we do so could be an easy trade (I hope),” one trader said in regards to the chart below. 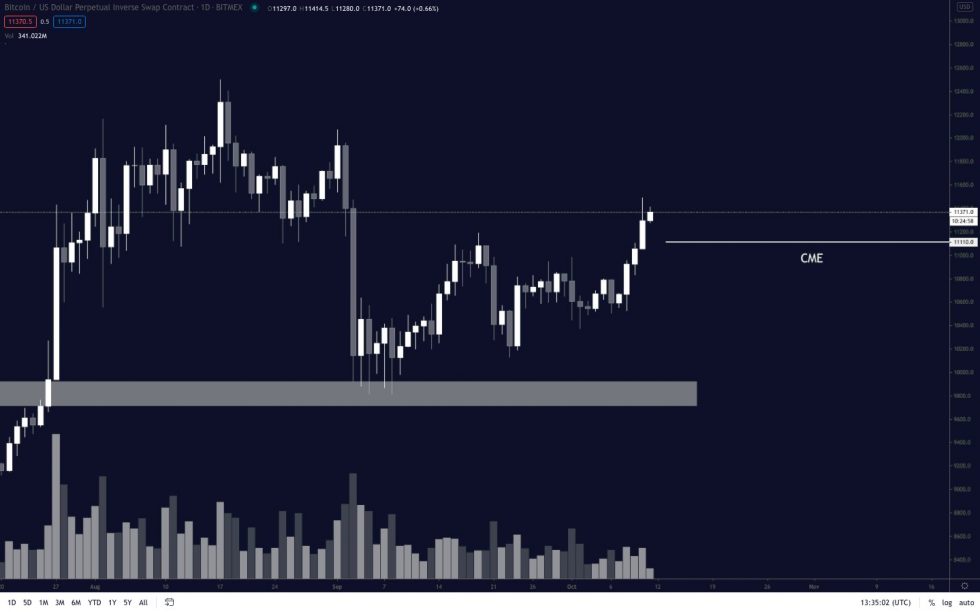 Bitcoin could decline from here as 75% of CME Bitcoin futures gaps fill within the week they open.