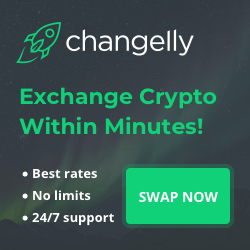 NASGO, a fast-growing dApp blockchain platform, has announced its selection by Cambodian gaming company Damoasun, for online and offline tokenization of the new Damoasun casino and popular online casino application. Damoasun has been growing swiftly since its inception in Cambodia in November 2018.

Damoasun’s selection of NASGO was formalized this week in a signing ceremony on May 3rd between NASGO cofounders Eric Tippetts and Stephen Jiang, Damoasun’s founders, joined by Cambodia’s Minister of Interior, Pol. General Sok.

The deal is a further step in NASGO’s effort to support businesses and consumers throughout the world as announced in a series of partnerships and celebrations in January 2019 in Vietnam, China, Korea, Cambodia, and Palau.

NASGO also brings the ability for the gaming industry in every location to expand further by facilitating online/offline revenue creation through the VAPR augmented reality app. VAPR transmits gaming experiences and transactions via satellite transmissions (similar to Pokemon Go) which creates the ability for casino operators to gamify customer experiences for increased loyalty and retention. Gamers participate through utilizing the NSG token, bringing revenue instantly and transparently to Damoasun, further enhancing the company’s continuing income and growth.

The tokenization of Damoasun is one of the newest steps in a series of events that have marked stunning growth since NASGO’s formal inception in March 2018. Since then, the company has become pervasive in the U.S. and in a growing number of countries throughout the world, including the recent partnerships announced in China, Vietnam, Korea, Cambodia, and Palau. More than 800 small businesses, enterprises and even a global retailer with more than 2,500 stores have expanded their offerings through tokenization on the NASGO platform so far. The company’s NSG token joined the BitForex Exchange on January 19th of this year and is experiencing significant growth.

Through tokenization, online gaming businesses gain the ability to reach a vastly larger audience of customers throughout the world and gain the ability to create much more revenue and to do so with full transparency and efficiency, which is vital for compliance and safety. Likewise, live casinos gain efficiency and accuracy, as winnings register immediately and are no longer dependent on the customer’s ability to produce a hardcopy players card and the casino’s need to authenticate and process results.

“NASGO’s growth is only beginning,” said Tippetts. “This is a vision we have held for a number of years—to create diversified, applied blockchain available and pervasive to everyone, in all nations, as a means of advancing their businesses, supporting their chosen philanthropies and giving new strength to industries and economies in every part of the world.”