The inflation rate in Brazil, the world’s ninth largest economy, spiked to its highest level in four years, driving more people to Bitcoin, as indicated by the recent rise in Bitcoin trading volumes.

“The latest result of the IPCA was the highest for the month of March since 2015. The IPCA, which measures the country’s official inflation, rose by 0.43 percent in February, and 0.09 percent in March of last year.”

As a result, the Brazilian Statistics and Geography Institute (IBGE) reports that the cumulated inflation rate for the last 12 months reached 4.58 percent. 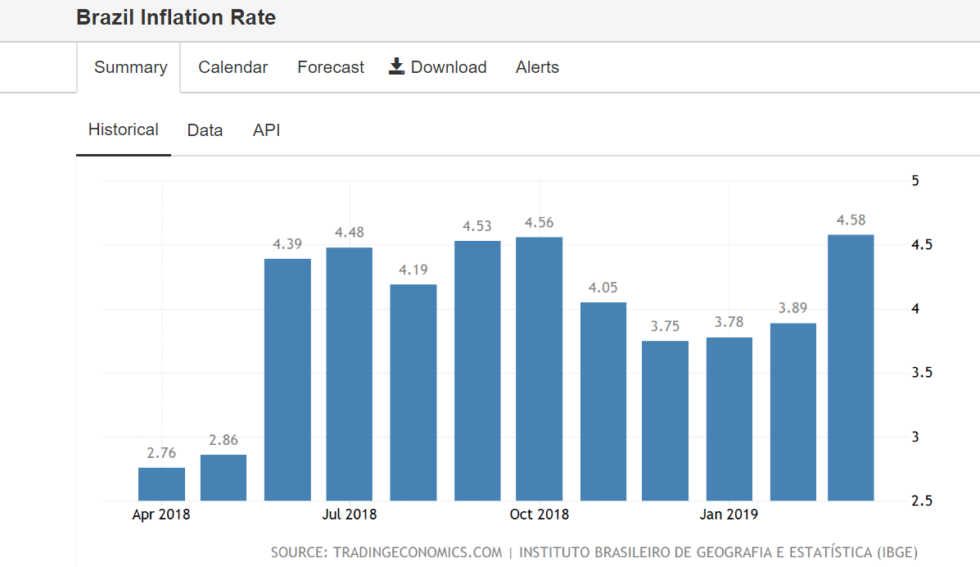 A few days before the announcement of the inflation upsurge, coincidentally, Cointrader Monitor, a monitoring tool that analyzes Bitcoin price movements in the country, tweeted that Brazilian cryptocurrency exchanges traded more than 100,000 BTC on April 10, 2019.

Meanwhile, the Real has seen some of the biggest fiat inflows into bitcoin comprising $315 million over the past 24 hours, according to data from Coinlib. 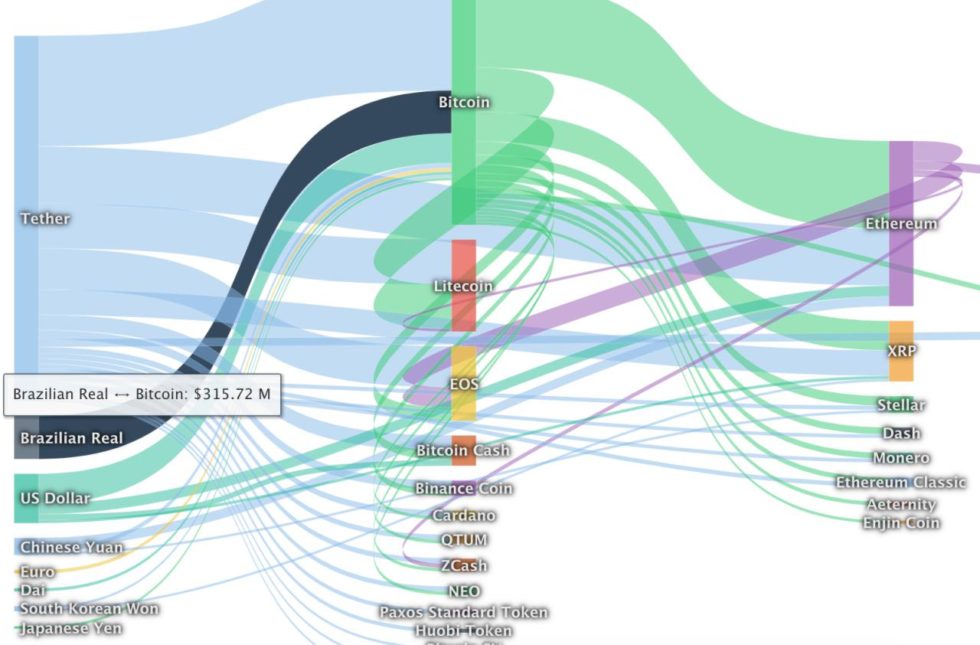 The sustained rise in the general price level of goods and services, combined with other economic woes, is not only afflicting Brazil but also Argentina.

Argentina is the second largest economy in Latin America, behind its neighbor Brazil.

Many have proposed that economic problems are causing the rise of Bitcoin trading volumes to increase dramatically.  For example, The Rio Times wrote,

A slump in the economy is likely the reason for the rise of cryptocurrencies in Brazil.

In Argentina, the economic situation is much grimmer. Argentina’s central bank has been forced to tighten monetary policy three times in the last month. Nevertheless, inflation is still accelerating at a rate of nearly 55 percent. Bloomberg writes:

The inflation rate rose to almost 55 percent in March, with consumer prices rising 4.7 percent in the month, exceeding all of the forecasts in a Bloomberg survey of analysts.

For the last several weeks, investors in Argentina have also been turning their focus to the cryptocurrency, as data released by LocalBitcoins shows.

Similarly, trading volume on peer-to-peer exchange LocalBitcoins has also been surging across in Mexico, following US President Donald Trump’s threat of clamping down on remittances by illegal immigrants.

In such economic situations, the cryptocurrency is becoming increasingly attractive mainly because Bitcoin, among other attributes, is inherently borderless and inflation-resistant — as only 21 million digital coins will ever be created, by the year 2140.

Do you think Brazil’s inflationary trend contributes to its recent upswing in Bitcoin trading activity? Let us know in the comments below!

Images courtesy of via LocalBitcoins/coin.dance, Shutterstock