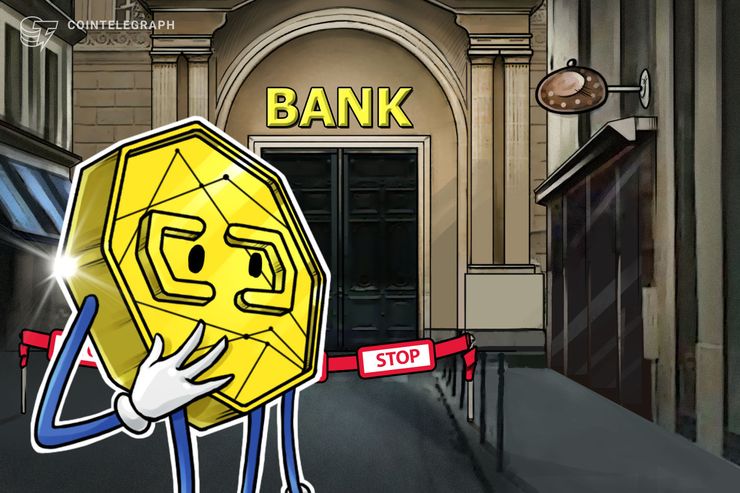 The report cites the complaint of Sam Bankman-Fried, CEO of quantitative crypto trading company Alameda Research, that “the standard answer of ‘just go to your local Chase branch’ doesn’t work in crypto.” Bankman-Fried also added that it is not illegal for banks to serve crypto businesses, but “it’s a massive compliance headache that they don’t want to put the resources in to solve.’’

Bloomberg also points out that, while the larger banks avoid serving companies involved in crypto, smaller ones are trying to get hold of this underserved subset of the market. Such an example given in the report is Silvergate Bank in San Diego, which reportedly said in a November 2018 filing for an initial public offering that crypto businesses have as much as $40 billion to deposit.

According to Bloomberg, Sonny Singh — chief commercial officer of BitPay, a crypto payment processor with a former chairman of the United States Securities and Exchange Commission as an adviser — said that the company has been turned away by many banks.

Blockchain investment, trading and advisory firm NKB Group is another example given by Bloomberg of a company that has struggled to establish banking relationships. Ben Sebley, NKB’s head of brokerage, reportedly commented:

“Denying basic banking is madness, impedes sector growth and forces companies to get creative to solve the problem […] The banks are being overly prudent.”

CoinBase Executive: We Have Neutrino Because Providers Were Selling Client Data