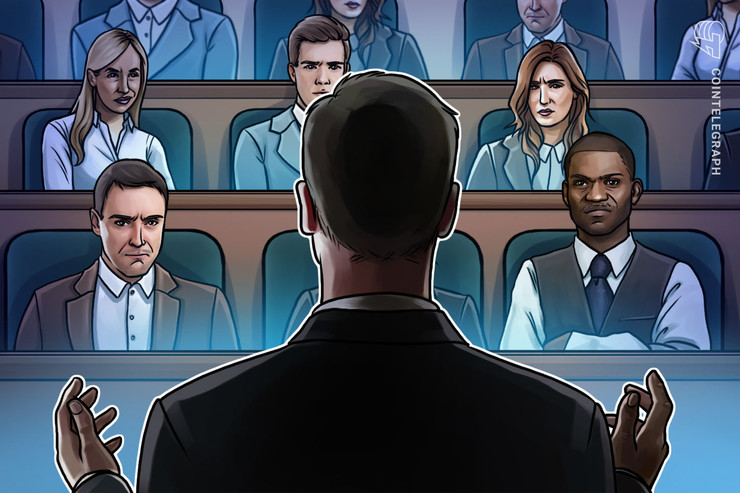 The Ontario Securities Commission (OSC) along with blockchain corporation NextBlock Global Limited and its CEO Alex Tapscott, have filed for a public settlement hearing on May 9.

Tapscott and NextBlock were previously accused by the OSC Staff of the Commission of misleading prospective investors during a funding round that reportedly “raised approximately $20 million from 113 accredited investors.”

Investors were allegedly shown investor slide decks that falsely portrayed various well-known figures in the blockchain industry as NextBlock advisors. NextBlock allegedly did not inform the individuals that they were being purported as advisors to the project.

As previously reported by Cointelegraph, Tapscott returned funds to Nextblock investors shortly after Forbes revealed the investor slide debacle at the end of 2017. According to the aforementioned expose, Kathryn Haun, Vinny Lingham, Vitalik Buterin and Karen Gifford — who were pictured in the investor slide decks — all spoke to Forbes and denied being Nextblock advisors.

The upcoming hearing — set for May 13 —  will determine whether an agreement reached between the Staff of the Commission and NextBlock on April 9 will be approved by the OSC.

Earlier this year, the OSC told Canadian media that it was “looking into” the cryptocurrency exchange QuadrigaCX, which sought creditor protection after the death of its founder resulted in the loss of millions of dollars worth of customer funds.

There Are a Million Reasons to Short Uber’s New Stock. Here Are Three.