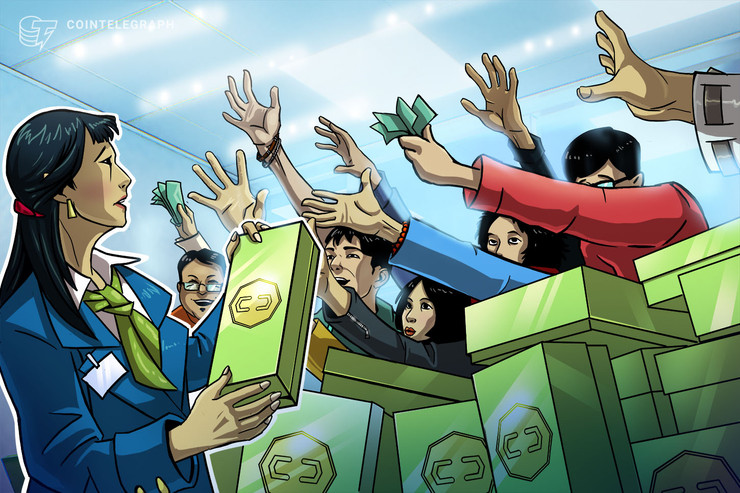 Crypto exchange Bitfinex shareholder Zhao Dong has reportedly revealed that the exchange has sealed $1 billion in both hard and soft commitments for its initial native exchange token offering. The news was reported by crypto news outlet Coindesk on May 9.

As previously reported, plans to issue a native Bitfinex exchange token first surfaced in late April, with later details revealed by Dong and a subsequent ostensibly official marketing paper allegedly from iFinex, the company behind both Bitfinex and associated stablecoin issuer Tether (USDT).

A white paper published by Bitfinex on May 8 confirmed that the exchange intends to issue up to $1 billion in native “LEO” utility tokens, each worth 1 tether, in a private sale ending May 11.

In his latest disclosure on Chinese messenger service WeChat, Zhao reportedly stated that “there’s a high possibility Bitfinex will not conduct a public sale,” given that it has already allegedly sealed sufficient hard and soft commitments to purchase its $1 billion allocation from private investors.

Soft commitments refer to cases where investors can still decide to cancel the deal upon their review of the LEO white paper. Zhao had previously outlined that investors are able to cement their soft commitment to a hard commitment by providing a 10% deposit.

The ostensible $1 billion in both types of commitments thus means that there remains a chance that some investors will yet withdraw, in which case Zhao reportedly stated the leftover tokens would be issued to others on a first come, first serve basis.

As reported, alongside his stake in Bitfinex, Zhao runs a major Chinese BTC over-the-counter trading desk and is the founder of Singapore-based DFund.

Meanwhile, the New York Attorney General’s office has recently accused Bitfinex of having lost $850 million in user deposits, and subsequently secretly covering up the shortfall using funds from Tether — the latter of which has itself come under renewed criticism for being backed only 74% by USD reserves.

With Tether officially rebuffing the allegations — and both companies heavily criticizing New York authorities for the manner in which they raised their complaint — parent company IFinex continues to contest the legal allegations in court, with a judge on Monday partly siding with the co-defendants.