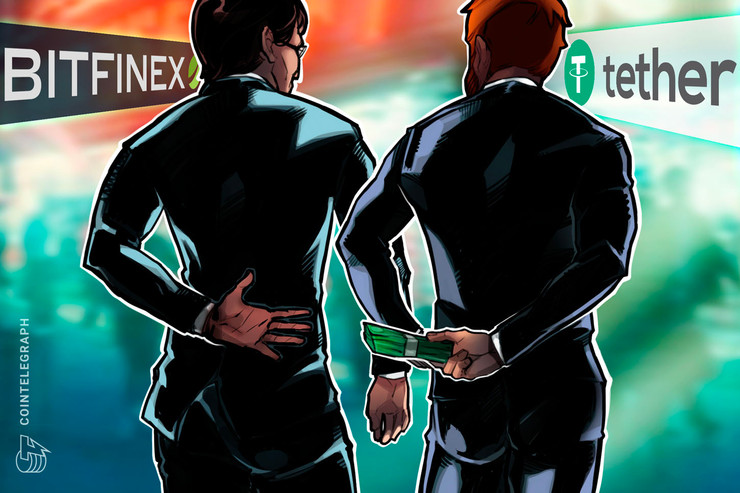 The New York Attorney General’s office has alleged that crypto exchange Bitfinex lost $850 million and subsequently used funds from affiliated stablecoin operator Tether to secretly cover the shortfall, according to an announcement published on April 25.

Attorney General Letitia James revealed that her office obtained a court filing alleging that iFinex Inc. — the operator of Bitfinex — Tether Limited, and their associated entities were in violation of New York law in connection with activities that may have defrauded New York-based crypto investors. James stated:

“Our investigation has determined that the operators of the ‘Bitfinex’ trading platform, who also control the ‘tether’ virtual currency, have engaged in a cover-up to hide the apparent loss of $850 million dollars of co-mingled client and corporate funds. New York state has led the way in requiring virtual currency businesses to operate according to the law. And we will continue to stand-up for investors and seek justice on their behalf when misled or cheated by any of these companies.”

According to the filings, Bitfinex never revealed the loss to investors, with executives of the exchange and Tether engaged in a series of conflicting corporate transactions where Bitfinex got access to up to $900 million of Tether’s cash reserves. Bitfinex allegedly took not less than $700 million from Tether’s reserves and used the funds to hide losses and inability to handle clients’ withdrawals.

The court has reportedly ordered the operators of the companies to immediately cease the dissipation of the United States dollars that back tether tokens and to produce investigation-related information and documents. The ruling also prohibits the companies from destroying potentially related documents.

On Twitter crypto entrepreneur Alistair Milne noted that Bitfinex will pay a purportedly fair interest rate on what is, in effect, a loan. Additionally, 60 million shares of Bitfinex stock were traded as collateral.

Furthermore, the Attorney General is seeking an injunction to compel Bitfinex and Tether to continue trading, so as not to harm customers.

Tether  previously faced controversy after critics suspected the coin of operating a fractional reserve while issuing more tokens than they had backing for, and sending them to Bitfinex cryptocurrency exchange. Following a subpoena from U.S. regulators to both Bitfinex and Tether, the company ordered an unofficial audit, which found that stablecoin had the appropriate amount of backing dollars.

Bitcoin (BTC) Remains the Crypto King, Both in Marketcap and Twitter Hype