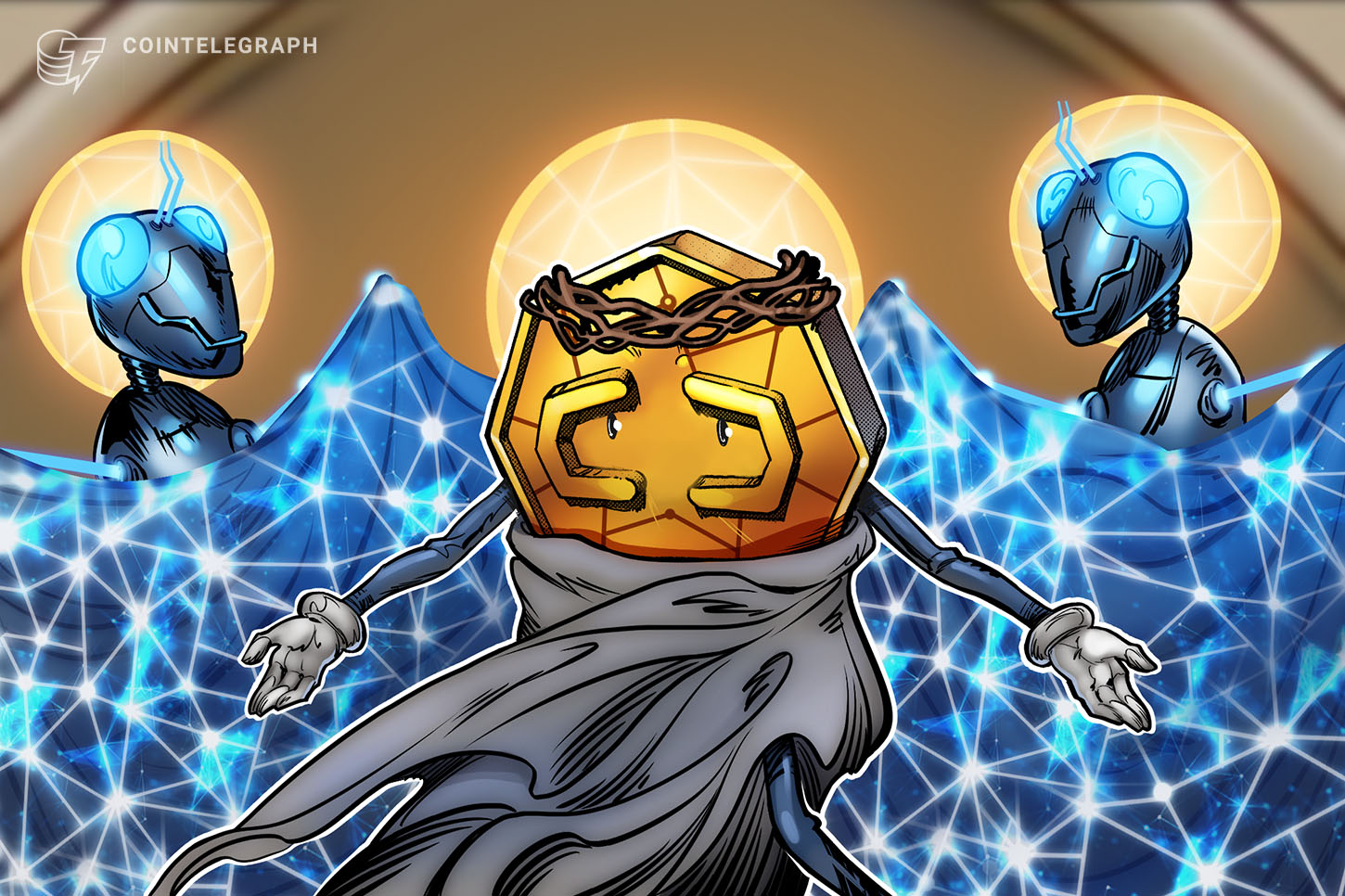 “Fiat lux”, said God, having created heaven and earth, which was filled with darkness. And then, there was light. At least, that’s what the Holy Bible tells us. Translated to English, this Latin phrase means “let light be made.”

For Christians, who much of the global population, these words mark the beginning of time and everything else. Eventually, there came a time when audacious, power-hungry, control-freak governments took the word “fiat” (literally meaning “it shall be” or “let it be done”) and used it to disguise one of the biggest shams ever — fiat currencies.

Eons later, in 2009 A.D., came the Bitcoin Genesis Block — the first chapter of a new bible in the making: the Bitcoin white paper. It marked the beginning of a new time of monetary independence and the gradual obliteration of the financial deception that governments play upon citizens.

Now, almost 11 years later, we are moving with steady steps toward Judgement Day: the day that we come to own the money we earn. We will control our money and not the central bank-government nexus.

What is fiat currency?

Imagine a stone that I picked up while strolling on the beaches of Miami. It’s an ordinary stone of no real value whatsoever (except emotional value, of course). Now, imagine yourself as someone who trusts me — or better still, has faith in my words and actions. I give you this stone, saying that it has a value that you can exchange for goods — you believe me. Excited, I go back to where I’d been on the beach and discover a rather endless supply of these stones. Then, I catch hold of some other people like you, build a narrative of trustworthiness that is rooted in your naivete, and establish a new currency.

This, in a metaphorical way, is exactly what fiat currency is — a bluff, a farce. So much so, thatRichard Russel fiat currencies as:

“The greatest fraud ever perpetuated on the American public.”

The deceivers here, of course, are the governments and central banks.

To define, fiat currencies are government-sanctioned money, whose value is merely on a contract of trust between the issuing government and the citizens: It’s not backed by any physical commodity of value, say, gold. That is as good as saying that fiat money derives its value out of thin air.

The big lie of fiat currency

A recurring phrase that you’ll find in any definition of fiat money is that “it has no intrinsic value.” It’s a lie that governments tell us, or a bad joke. Now, if you’re someone with a faithful, believing — I’d say anesthetized — mind, all this might appear to be a cynic’s rant to you. Yet, when you come out of the haze and take a closer look at all the and depressions and from around the world, you should see what I mean.

This, precisely, is the “darkness” upon which the Bitcoin genesis block shed light, flashing like a bolt of lightning coming out of the 2008 global financial crisis — or should I say, scam. Indeed, if Bitcoin could speak, or if Satoshi Nakomoto hadn’t been anonymous, they would have exclaimed: “Fiat lux.” Anyway, that didn’t happen, and before discussing the genesis block and what it meant, let’s discuss another crucial aspect.

Trust and control with fiat currency: Who holds the reins?

Before anything else, let’s rewind. There was a time when the U.S. dollar wasn’t, as the famous author Robert Kiyosaki once called it, “fake money.” Until 1971, its value was based on the , and one U.S. dollar equaled the value of 24.75 grains of gold. That year, however, the United States adopted the fiat system. Thereafter, the U.S. dollar started deriving its value from the “full faith and credit” of the U.S. government. That’s when the devil got us, growing stronger and more monstrous every day.

In the fiat system, “trusted intermediaries” such as banks, governments and other financial institutions act as pillars holding up the world’s infrastructure. They are also in full control of the nation’s money — our money. Although fiat money has value only as long as the people trust these intermediaries, governments can print as much or as few currency notes as they want.

In an attempt to combat economic crises, governments often print more money, thus leading to inflation and depreciation in the currency’s value. In turn, this also means that our savings (stored in fiat currency) lose their value. Believe it or not — that’s the game.

For instance, in 2000, the Zimbabwean government printed an abnormal number of notes to meet an ongoing crisis. Consequently, the nation experienced hyperinflation of 230 billion to 500 billion percent. No joke. At the peak of the nation’s inflation, 100 trillion Zimbabwean dollars 40 U.S. cents. That said, this doesn’t happen only in underdeveloped African nations. It’s exactly the same everywhere, to varying degrees.

The Bitcoin genesis block: The beginning of a New Testament

In 2008, with the of Satoshi Nakamoto’s Bitcoin white paper, the world of finance witnessed a ray of light, a flicker of hope. The darkness began to look less eternal.

Since the mining of its first-ever block — the Bitcoin genesis block or Block 0, as it’s commonly known — Bitcoin has become a savior to many. Investing in Bitcoin, people have gone from rags to riches (although, in the early days, the opposite was also true).

Now, you might be wondering how dare I compare Bitcoin with God, or even the Bible? More importantly, why do I call it the New Testament of finance? The allegory of darkness and all of that lines up, but there’s a more tangible reason as well: Bitcoin makes governments and their sanctioned deceivers irrelevant.

Bitcoin gives power back to the people

Governments can make a fool out of us only because we trust them. On the other hand, before Bitcoin and cryptocurrencies, there seemed to be no other way. Now, the times have changed, the death bells for government-sponsored scams have been tolled, and their echo resounds louder every moment.

In introducing its underlying blockchain technology, the Bitcoin genesis block ushered a new reality. While storing and transacting value, we can now put our trust upon infallible mathematical algorithms and not corruptible intermediaries.

Bitcoin introduced the possibility of a trustless world, eliminating the need for banks or any other middlemen. Now, two people can directly transact value (money or otherwise) over networks that are inherently secure and transparent. Above all, the value of Bitcoin (as well as other cryptocurrencies) is based on the pure demand of its users. As such, the dubious motives of centralized governments are powerless.

We still have a long way to go in a world where Satoshi Nakamoto is the original creator and the Bitcoin genesis block is the first chapter of its bible. Maybe we could even create a new calendar with 2008 as the first year.

The views, thoughts and opinions expressed here are the author’s alone and do not necessarily reflect or represent the views and opinions of Cointelegraph.

J. D. Salbego serves as CEO, founder and art director of AnRKey X, a DeFi gaming and NFT platform protocol. His work has been featured in Forbes, Business Insider and Yahoo. Salbego is frequently invited to speak at leading conferences such as the World Economic Forum, BlockShow and Delta Summit.