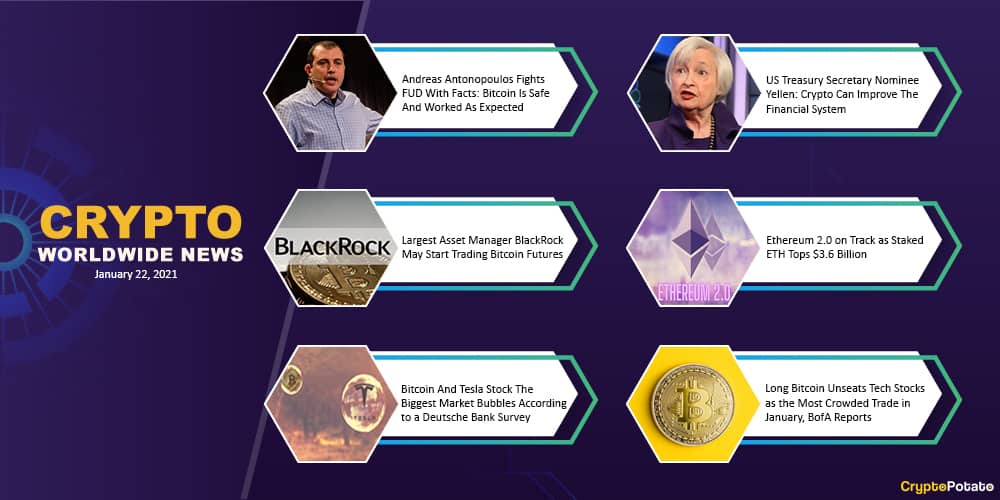 Bitcoin failed to recover in the past seven days, and it marked a further decline of about 8%. This has its current price hovering around $32,000, and its dominance has declined to 64.1%. But before we take a look at what this means for the altcoin market, let’s see what happened with BTC.

The cryptocurrency started off trading above $35K and even took a shot at $38K on Saturday. The bears had a mind of their own, however, and prevented this from happening, sending the market in a sideways trajectory for the next few days.

Yesterday, though, things took a turn for the worst as the market tanked and lost about $5K in just a few hours. This continued in today’s trading session as the price hit a low of around $28,800. The bulls regrouped and prevented a 4-hour candle close below $30K and managed to recover to where we currently stand at around $32,000.

In between all this, however, a lot of things happened in the altcoin market. Ethereum breached its former all-time high above $1430, major large-cap coins such as LINK and Polkadot also saw serious increases. Cumulatively, this reduced Bitcoin’s dominance to about 64%, and it’s interesting to see how things will develop from here.

What may have triggered the sell-off during the past few days was news that a double-spent had happened on Bitcoin’s network – something which, if true, could undermine the entire credibility of its blockchain. Well-known proponent and industry expert Andreas Antonopoulos took it to Twitter to explain in great detail why this wasn’t the case. He made it clear that nothing that happened was out of the ordinary and that Bitcoin’s network is and has been operating exactly as intended.

Elsewhere, the US Treasury Secretary nominee, Janet Yellen, reiterated that cryptocurrencies have been used for illicit activities but also said that they can improve the current financial system.

“Long Bitcoin” has also become the most crowded trade, according to a survey by the Bank of America, which goes on to show that the interest in the cryptocurrency continues to increase.

In any case, it’s interesting to see how the next week will go and if the coveted $30K mark for Bitcoin will hold up.

Andreas Antonopoulos Fights FUD With Facts: Bitcoin Is Safe And Worked As Expected. Long-term Bitcoin proponent and industry expert Andreas Antonopolous took it to Twitter to bust the recent FUD that a double-spent had taken place on Bitcoin’s network. He reiterated that the protocol is working fine and as intended.

US Treasury Secretary Nominee Yellen: Crypto Can Improve The Financial System. The nominee of President Joe Biden for the US Treasury Secretary, Janet Yellen, has said that the technology behind cryptocurrencies has the potential to improve the efficiency of the financial system.

Largest Asset Manager BlackRock May Start Trading Bitcoin Futures. The world’s largest asset manager, BlackRock, has filed two documents with the SEC, letting the watchdog know that some of its funds may start trading cash-settled Bitcoin futures contracts in a huge move for the entire cryptocurrency industry.

Ethereum 2.0 on Track as Staked ETH Tops $3.6 Billion. According to the latest update from developers who are working on Ethereum 2.0, everything is on track, and the network is also growing in terms of the amount staked and its security. This comes as ETH hit a new all-time high this week.

Bitcoin And Tesla Stock The Biggest Market Bubbles According to a Deutsche Bank Survey. According to a survey conducted by the large multinational Deutsche Bank, Bitcoin and Tesla stocks are the biggest market bubbles in the recent month. It indicated that more than half of the investors believe in this narrative.

Long Bitcoin Unseats Tech Stocks as the Most Crowded Trade in January, BofA Reports. Long Bitcoin has become the most popular trade recently, unseating stocks of technology companies. This became clear in a study conducted by the Bank of America. Bitcoin continues to gain interest.

This week we have a chart analysis of Bitcoin, Ethereum, Ripple, Polkadot, and Chainlink – click here for the full price analysis.

SPECIAL OFFER (Sponsored)
Binance Futures 50 USDT FREE Voucher: Use this link to register & get 10% off fees and 50 USDT when trading 500 USDT (limited offer).