JP Morgan’s coin announcement caused a stir in the community, not only because a financial institution with an international reputation was in charge of issuing the token, but also because it represents an evident change of attitude considering that in previous years its CEO declared that Bitcoin was something that went against the rules, calling it “stupid,” “dangerous” and even a “fraud“ 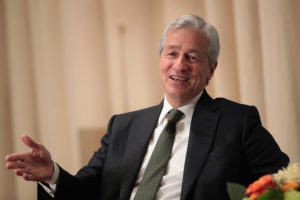 The fact that Jamie Dimon went from wanting to fire any JP Morgan Trader who touches Bitcoin to publicly announcing that his team would issue a native cryptocurrency was seen as a victory, however many analysts also considered that this new adventure could represent a risk for Ripple and its XRP token, as this firm targets the same market as JP Morgan.

The news spread quickly, and reactions soon followed. Perhaps one of the most famous was an article published by Ms. Frances Coppola in Forbes that explained how JP Morgan Coin was a “slap in the face” for Ripple.

“JPMCoin is a slap in the face for Ripple. Brad Garlinghouse, Ripple’s CEO, is on record as saying he expects “major banks” to adopt xRapid, along with the XRP token, in 2019. Now, J.P. Morgan – unquestionably a major bank – has told Ripple “no way are we using xRapid or XRP.

Also, some analysts considered that with this cryptocurrency, the dominance of XRP could be affected, as even current Ripple partners might prefer to use JP Morgan’s technology. 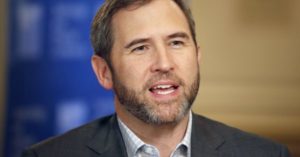 However, a report issued yesterday by Binance Research may calm the nerves of some traders and members of the XRP Army because, after careful analysis, the Binance team concluded that in principle, the differences between JP Morgan’s cryptocurrency and XRP are so vast that both tokens could not compete directly.

First, Binance highlights the fact that JP Morgan is a stablecoin, whereas XRP is a volatile cryptocurrency. This in itself is an essential difference since one can be used as a means of speculation while the other cannot. JP Morgan’s currency would, in any case, compete with other stablecoins such as USDT, TUSD, USDC, GUSD, etc, and even that doesn’t seem to be the case either.

Another fundamental difference is that JP Morgan does not seem to be interested in opening its cryptocurrency to trading (however, they are open to that possibility). Also, the token’s blockchain will be private and controlled by JP Morgan:

“For this pilot project, J.P. Morgan is specifically targeting institutional clients such as banks, brokers, dealers and other large corporations primarily for settlement and value transfer use cases within a closed ecosystem. J.P. Morgan has made it clear that the intent of this pilot is to test stablecoins and blockchain technologies to improve internal processes, ultimately resulting in efficiency gains and cost reductions for its global client base.”

Moreover, they point out that JP Morgan coin can only be used within JP Morgan’s infrastructure while Ripple’s technological solutions are designed to serve as a bridge between different banks and financial institutions.

JP Morgan is Not a Threat… Yet

However, Ripple cannot fall asleep confident of being king in its own market. These immediate differences in scope could change if JP Morgan decides to expand:

“Nevertheless, over the long term it is possible for JPM Coin (along with similar projects created by other banks) to have a disruptive impact on the entire stablecoin industry as they continue to expand its access and use cases …

While JPM Coin will be built on a private blockchain and initially restricted to use within the J.P. Morgan network, the initiative could cause other financial institutions to follow suit by creating their own stablecoin running on a proprietary blockchain. However, if banks were to work together to align their interests in the development of interbank settlement solutions, Ripple may suffer from increasing competition as these banks come up with their own syndicated blockchain solutions.

Warren Buffett’s Bitcoin Aversion Might Be a Positive Crypto Signal: Here’s Why