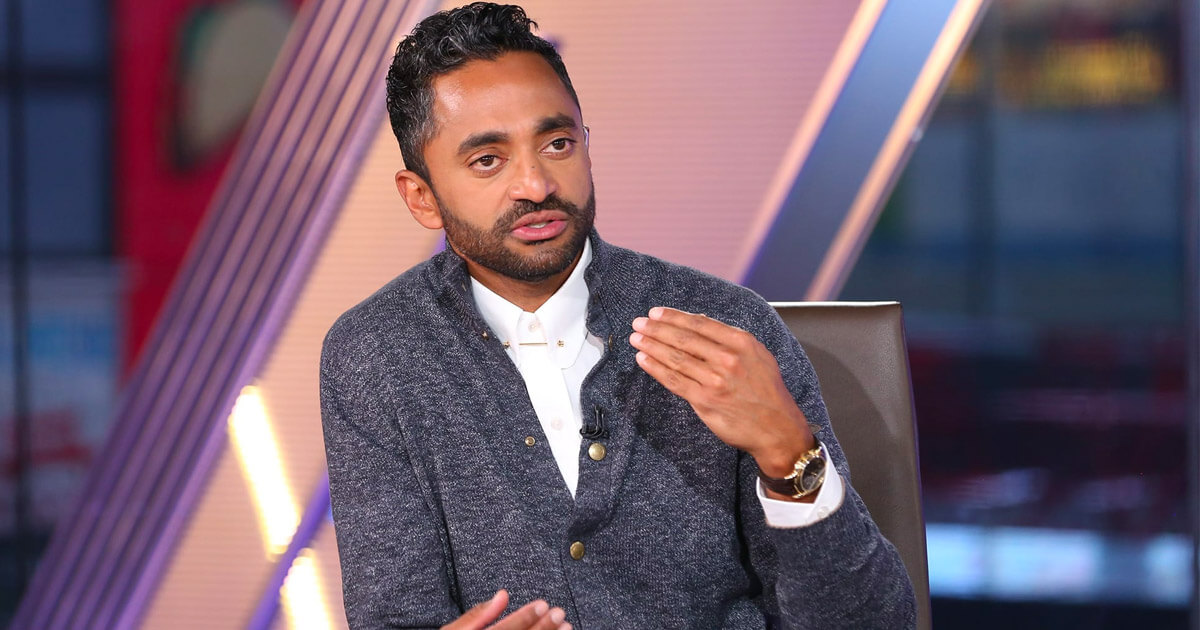 Chamath Palihapitiya has become one of the most prominent investors of the past few years due to his use of special-purpose acquisition companies (SPACs). He made headlines when he brought Richard Branson’s Virgin Galactic public through a SPAC.

While a pioneer in venture investing, he’s also big on Bitcoin.

He, alongside a few partners, was rumored to have owned five percent of all BTC in circulation in 2012, meaning they likely held somewhere around 300,000 coins. No comments have been made about what happened to those coins, and it’s unclear if that Bitcoin is a part of his personal holdings or that of his massive venture fund Social Capital.

Whatever the case, Palihapitiya recently doubled down on the cryptocurrency in an interview with CNBC.

In a wide-ranging interview, the Social Capital investor took some time to put in a good word for Bitcoin.

Chamath Palihapitiya thinks Bitcoin is an insurance policy against central banks and governments acting irresponsibly, echoing the sentiment shared by many hardcore investors in the cryptocurrency space:

“I think of [Bitcoin] as the insurance policy I use to sleep soundly at night, just in case the central banks and governments of the world step on a land mine.”

Speaking on CNBC’s “Squawk Box” segment, the investor, one of Mark Zuckerberg’s earliest hires, noted that the cryptocurrency isn’t something you trade. He instead said that BTC is an asset that is underpinned by a set of beliefs and fundamentals that is literally “the inverse f how the financial infrastructure of this world operates.”

He has explained many times over recent months that Bitcoin makes sense now more than ever before.

Palihapitiya once said to Anthony Pompliano, also formerly of Facebook and also now a dedicated Bitcoin investor, that the cryptocurrency could reach the price of millions of dollars due to macro trends. He shared the opinion that the economy is hurtling to a point where it may see extreme deflation or inflation, which will boost BTC’s value proposition.

Catching up on DeFi

While Palihapitiya is big on the Bitcoin beats, he seemingly hasn’t been following decentralized finance just yet.

As reported by CryptoSlate previously, when blockchain journalist Laura Shin asked the investor if “watching what is going on in DeFi,” the reply was “I don’t even know what that is.” A shrug, which has since been turned into a meme by the Ethereum and crypto community, accompanied his answer.