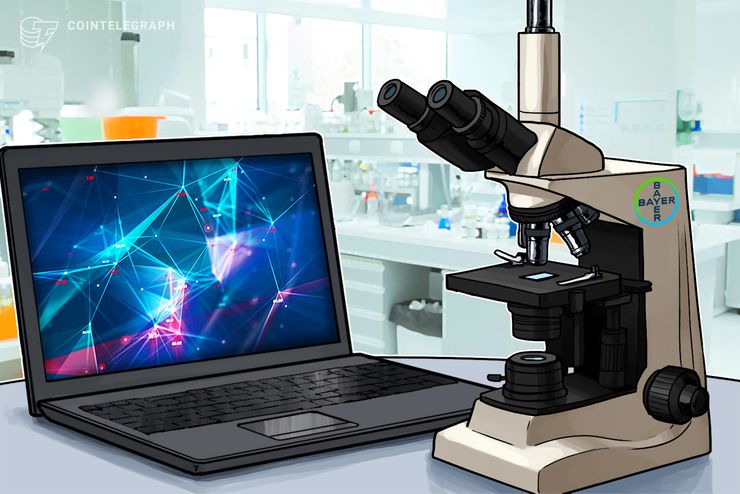 Germany-based Bayer CropScience has been working on a number of blockchain initiatives with BlockApps since early 2018, a BlockApps spokesperson told Cointelegraph.

A BlockApps representative said that more details can be expected during Blockchain for Food and Beverage Supply Chain conference that is set to take place on March 26–27 in San Francisco.

The BlockApps platform aims to provide an interoperable platform for programmable business networks. Founded in 2015, Blockapps Strato was formed from a partnership between ConsenSys and the Microsoft Azure cloud platform in order to build Ethereum (ETH) BaaS on Azure for enterprise clients and developers.

BlockApps is a founding member of the Enterprise Ethereum Alliance (EEA), the world’s largest open-source blockchain initiative. By July 2017, the EEA incorporated more than 150 blockchain start-ups, research groups, and Fortune 500 companies, including JPMorgan and Cisco. BlockApps claims to be the first blockchain company that partnered with all major cloud platforms including Azure, Amazon Web Services, and Google Cloud Platform.

Recently, Colorado representatives and senators filed a bill proposing a study of blockchain use in agriculture. The document proposed the establishment of a blockchain advisory group, and specified potential use cases including product tracking, inventory management and monitoring of in-field conditions.

Earlier in March, Cointelegraph reported that the Malaysian state of Penang was considering the use of blockchain technology in food and agricultural products supply chains to improve traceability.

CFTC: We’re ‘Diligently’ Working on All Crypto-Related Applications, Including Bakkt’s