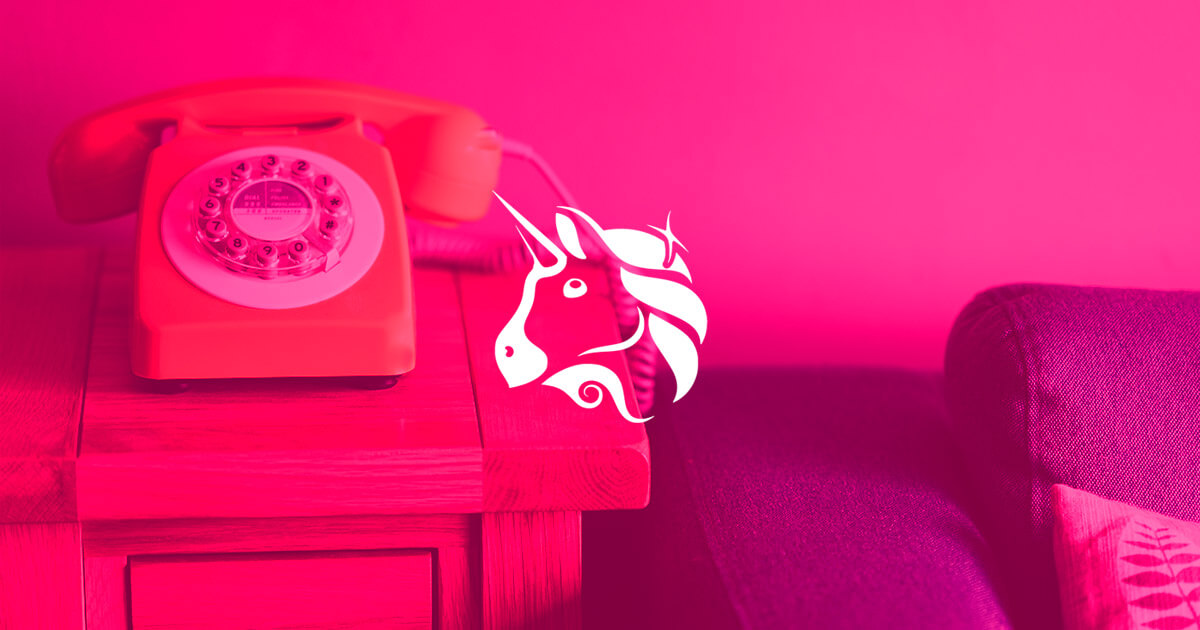 Yesterday, holders of the UNI coin and other members of the DeFi ecosystem were invited to join an unofficial-though-important Uniswap governance call. The idea was to give stakeholders a chance to talk about Uniswap’s governance structure, along with discussing important matters like the UNI liquidity mining program set to end next week.

Here are some key takeaways from this call, which was really the first opportunity for the new governors of a protocol with $3 billion in total value locked and a token that is worth $750 million.

One of the biggest takeaways mentioned online was the fact that the Uniswap team, meaning the legal entity that developed the Ethereum app and owns a large amount of UNI, did not seek to comment that much during the call.

Terms like “we want to be a passive observer” and “we cannot comment on that” were used by Uniswap members that were prompted to speak during the call.

“We can’t comment on that.”
“We can’t disclose information.”
“We want to be a passive observer.”
“Don’t think of UNI token as a bet on the Uniswap team”
“It’s for you the community to decide.” pic.twitter.com/9ZD7RWKG0X

It was recently revealed that the team had also recently brought on a member of the Filecoin team as their Chief Legal Officer.

There are concerns that UNI could be seen as a security, or that Uniswap could be deemed illegal by authorities similar to how authorities cracked down on the founder of an Ethereum-based order book decentralized exchange.

By not participating in governance, the chances that UNI is deemed a security by regulators likely goes down dramatically.

The biggest topic on the agenda was the UNI liquidity mining program, which is set to end in a few days and marked a key turning point for Uniswap as it allowed $2 billion worth of liquidity to be deposited.

Once the liquidity mining ends, there is no incentive for the liquidity to stay on the platform, meaning Uniswap could lose dominance should another player step in.

Thus, many in the space thought it was important for some version of the liquidity mining scheme to continue.

For a brief bit of context, in September, when Uniswap launched the UNI token, they allowed anyone that deposited four types of liquidity to earn UNI tokens passively. This worked to Uniswap’s favor as $2 billion was deposited, actually resulting in Uniswap’s markets becoming more liquid than centralized exchanges.

No one came to a conclusion about what to do with the program, though many agreed that it is a pertinent program to focus on.

By doing so, Uniswap may be able to keep a large portion of its liquidity, and by extension, its network effects.

After analyzing the situation, I recommend that the community maintains incentives for the following two pools:

This reduces incentives by half, by narrowing them into the two most important pairs–without hampering the trading UX.https://t.co/1mfHDFugVA

Another takeaway was that 0xMaki, a pseudonymous co-founder of SushiSwap, was in attendance.

He actually took a leading role in the call, actively making points about Uniswap’s governance and about where SushiSwap fits in. Of note, he purportedly said that the SushiSwap team is not planning on forking Uniswap v3.

1) Uniswap Gouvernance call from my perspective to give some perspective & my motivations to attend. Feel free to read @AutismCapital thread if you want some insights.

The Largest Bank In Belarus Launched A Cryptocurrency Exchange Service