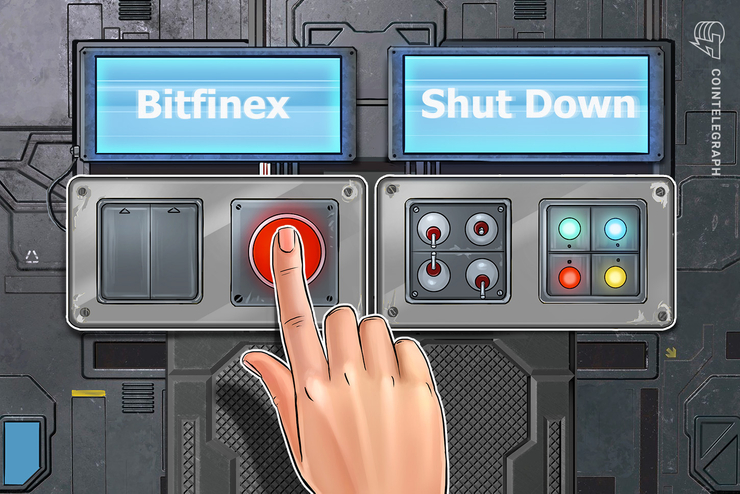 Cryptocurrency exchange Bitfinex has temporarily shut down its services, according to a tweet published on May 31.

The tweet specifically says that the change has temporarily paused deposits and withdrawals “due to the outrage of one of [their] network providers.” “Funds are safe in cold storage. Situation should be restored ASAP (ETA 3/4h). Apologies for the inconvenience,” the company further states.

Bitfinex CTO Paolo Ardoino has posted links to the exchange’s hot wallets, so as to insure the community that there are no outgoing tokens and that user funds were secure.

As previously reported, Bitfinex and its affiliated stablecoin issuer Tether were brought into full focus when at the end of April, the New York Attorney General (NYAG) Letitia James accused the two companies of covering up a $850 million loss that could have affected New York investors.

Per the filings at the time, Bitfinex allegedly never revealed the loss to investors, with executives of the exchange and Tether engaged in a series of conflicting corporate transactions where Bitfinex received access to up to $900 million of Tether’s cash reserves. Bitfinex allegedly took no less than $700 million from Tether’s reserves and used the funds to hide losses and inability to handle clients’ withdrawals.

Looking Backward to Build the Future: How Academia Is Shifting Its Blockchain Focus