The Bitcoin breakout came just hours after our previous price analysis about the fact that BTC is stuck inside a tight range for too long (and it doesn’t like to be in that situation).

Those are our words that were written yesterday:

“In the micro-level, we can identify a bullish triangle on the 4-hour timeframe; but anything can change. The only thing we predict is a huge move, which is likely to take place in the next 1-2 days.”

Bitcoin broke above the bullish triangle at $7200, quickly surging to the next resistance level of $7300 – $7400, and after that, the bullish move had continued to reach an impressive high of $7645 on Bitstamp.

Is this a real breakout? If you look at the RSI, we can see a decent bullish divergence that was created because of the breakout of the 44-45 RSI level. The daily RSI is now roughly at 54. The last time the RSI was that high was when Bitcoin was trading around $9000.

Despite the above, the volume is not here yet. Today will be an interesting trading day because it’s Monday, and the CME Bitcoin Futures are back in action. Like last week, there will be a new CME price gap, but this time the gap is positive and it’s waiting at $7240.

This doesn’t mean that Bitcoin will rush down to close this gap, however, that vast majority of gaps are getting filled.

Following the price action, the total market cap is touching the $200 billion benchmark again, while the Bitcoin dominance is surging towards 70%.

– Support/Resistance: Bitcoin is now trading safely above the confluence zone of $7300 – $7400, which now becomes the first level of support, along with the descending trend-line marked by light green on the following daily chart (~$7450).

From the bullish side: Bitcoin is now facing resistance at the daily high of $7650. The next major resistance is the 50-days moving average line, marked in pink (~$7770). The following level is the $8000 benchmark.

As seen by many, if Bitcoin wants to get back to the bullish track, it will need to overcome the $8000 – $8300 resistance area, which now contains the significant 100-days moving average line (marked by white), along with the mid-term ascending trend-line.

– The RSI Indicator: Discussed above.

– Trading volume: The volume is indeed higher; however, the volume will likely be back by today (Monday). 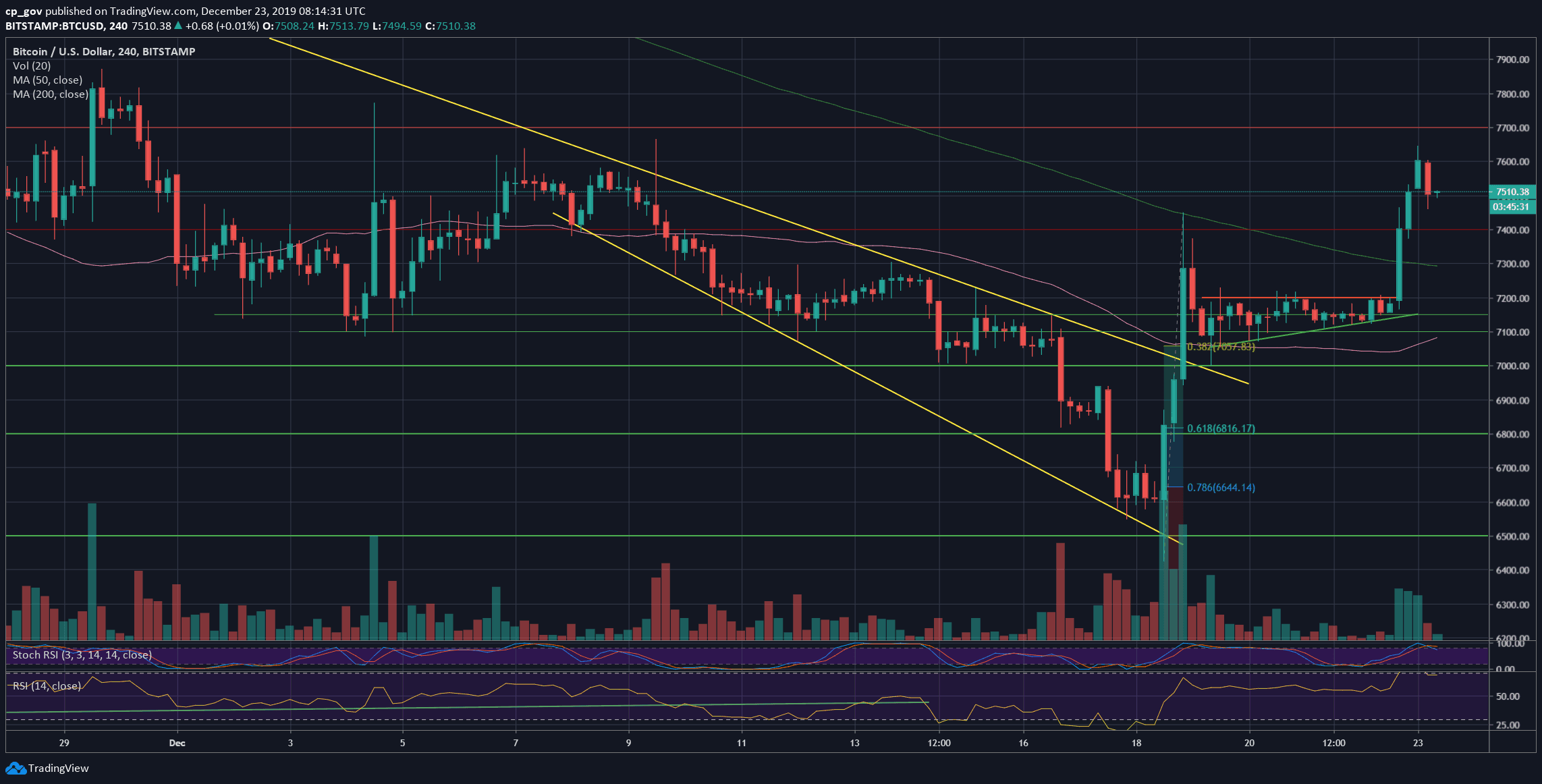 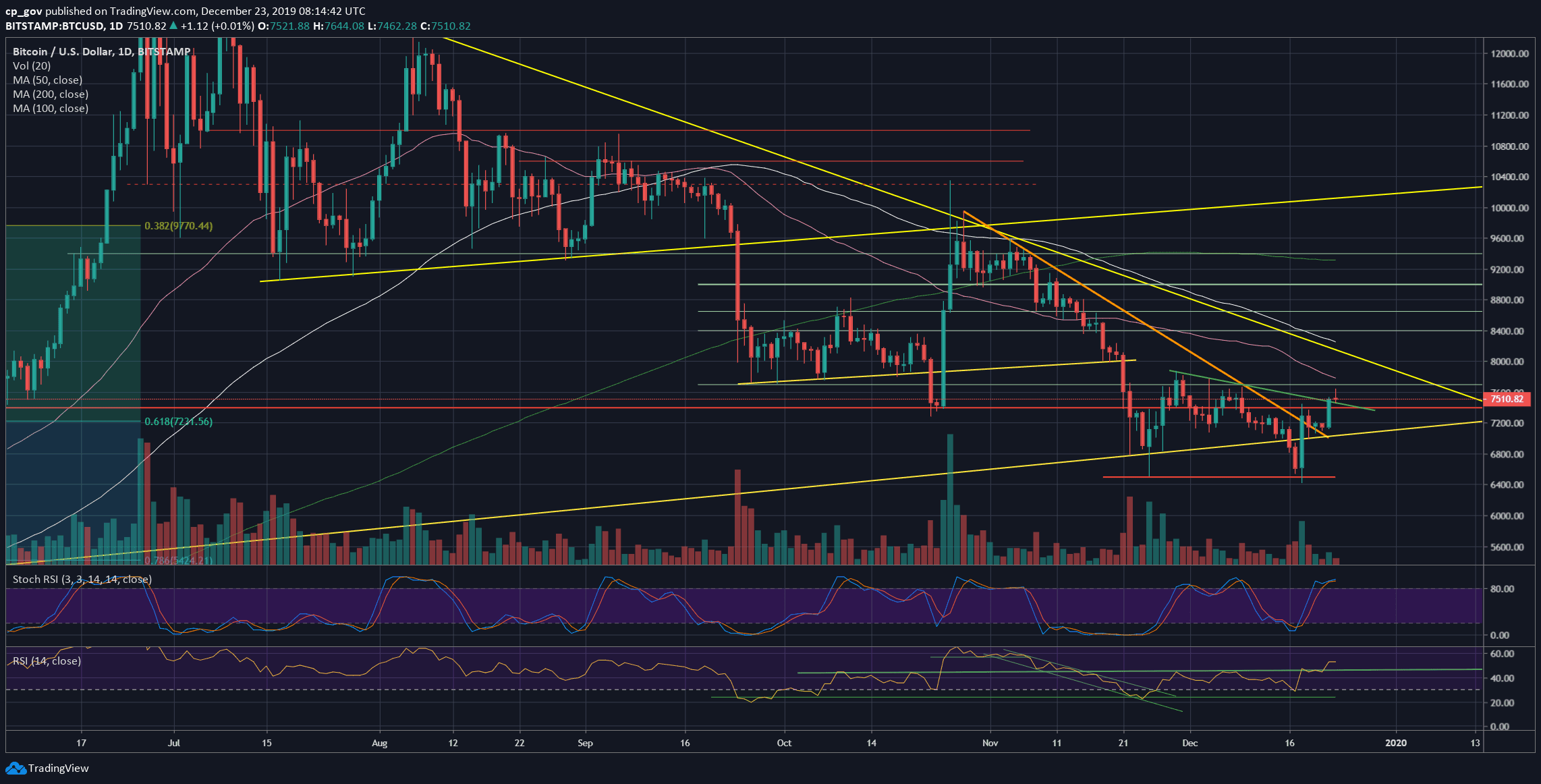